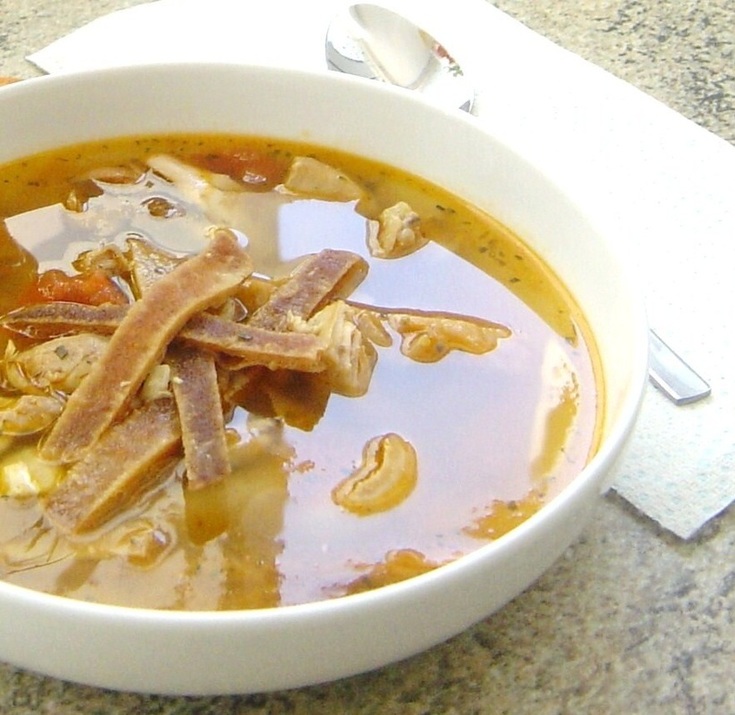 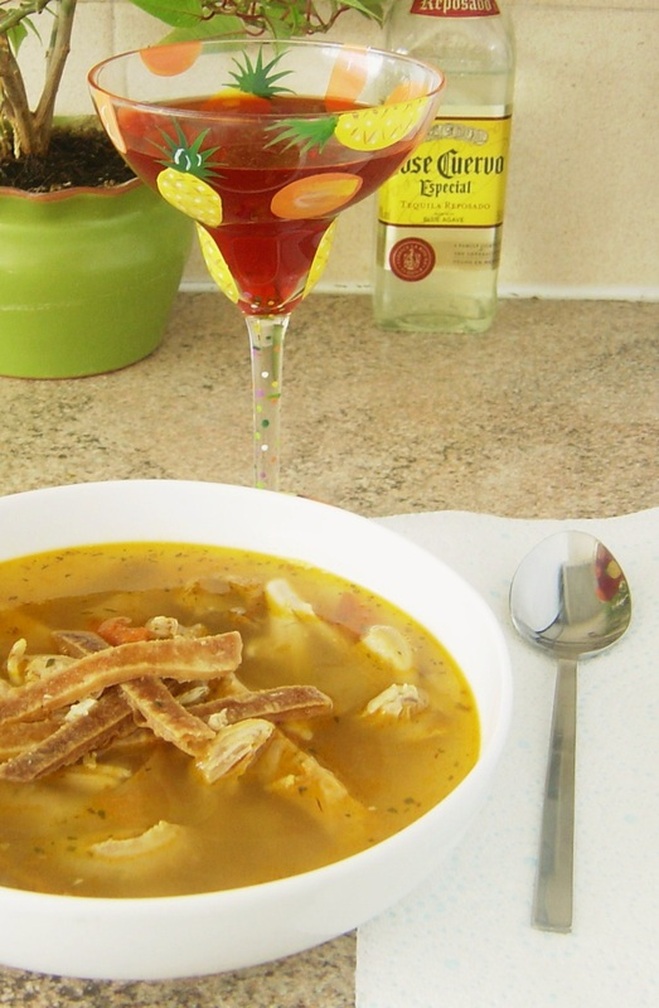 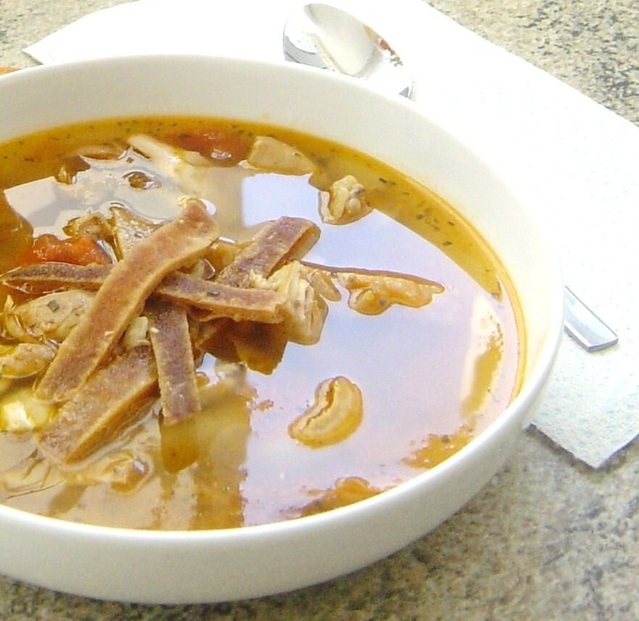 I like cooking Mexican Food. In fact, it's one of my favorite cuisines to whip up in the kitchen. And this Chicken Tortilla Soup was extremely simple and easy to make. This soup was also very delicious and heartwarming. I had this soup for lunch with a glass of Hibiscus tea. This is a very popular Agua Fresca in Mexico, and consumed on a daily basis throughout the country. Oddly enough it's called Jamaica Water in Mexico or Flor de Jamaica. We also consume this drink in Jamaica, but it's called Sorrel on the Island, and it's mainly consumed around the Christmas holidays.

I'll be the first one to admit that Sorrel is not my favorite beverage. I only drink it when my Dr Pepper or Strawberry drinks have run out, and it's on hand. But it's a healthy drink, which is widely consumed in Latin America, and parts of the Caribbean, and even parts of Africa.

Now, I generally like to make Chicken Tortilla soup two different ways; one is slightly thicker and creamier, topped with crema or creme fraiche.
This version is more brothy and light.

Start with adding 9-10 cups of water to a pot. Then add chicken, salt, chopped onions, and garlic cloves. Bring to a boil for ten minutes, then let it simmer on low heat for about 35 minutes, or until the meat and bones begins to release their flavors.

In the mean time, char the tomatoes in an oven until they are softened with a few black spots. This can take up to twenty minutes or less then ten. Keep an eye on it. When charred, take tomatoes out and add them to soup. This will give the soup more flavor, as the charred smoky tomatoes melt and mingle with the other ingredients. Add more salt if needed and remaining ingredients such as black pepper, dried coriander, vinegar, chipotle paste and cumin. Stir and continue to simmer until meat falls off bone or is cooked. Make sure it's salted to your taste, so keep tasting for flavor, particularly nearing the end of cooking.

Once cooled you can shred the meat, discard bones, and add
the shredded chicken back into the pot.

The tortilla strips can be done 2 ways. Take as many Tortillas as you desire,
and cut them into thin strips length-ways.
You can either fry the strips in oil for a few seconds until they become crisp, or what I find easier, is adding a little oil to a pan and then putting them into the oven until they become crispy. Ovens vary so discretion is advised. It can be very easy to burn tortillas so make sure to keep an eye on them, and remove them from the oven or pan once they turn crisp.

When done, ladel the bowl, or bowls with the soup, and top with the Tortilla Strips.
Squeeze a wedge of lemon or lime in the soup to taste.
Store the tortilla strips separately in an air tight container. If you leave them in the soup they will just get soggy and unappetizing. And Voila, there you have it. It's simple, easy, and very tasty. 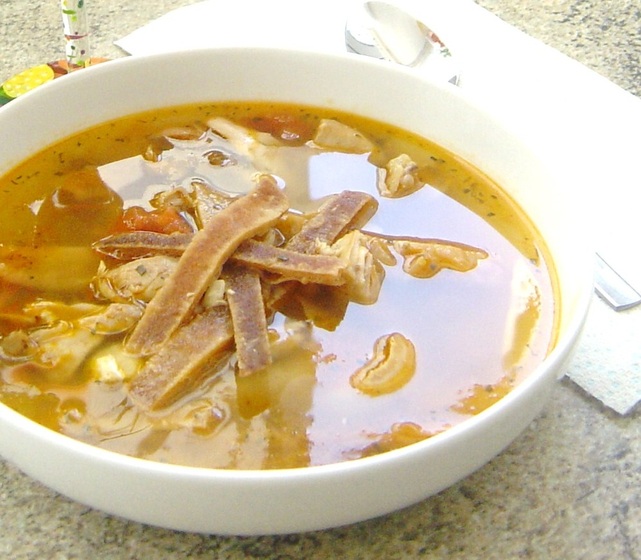