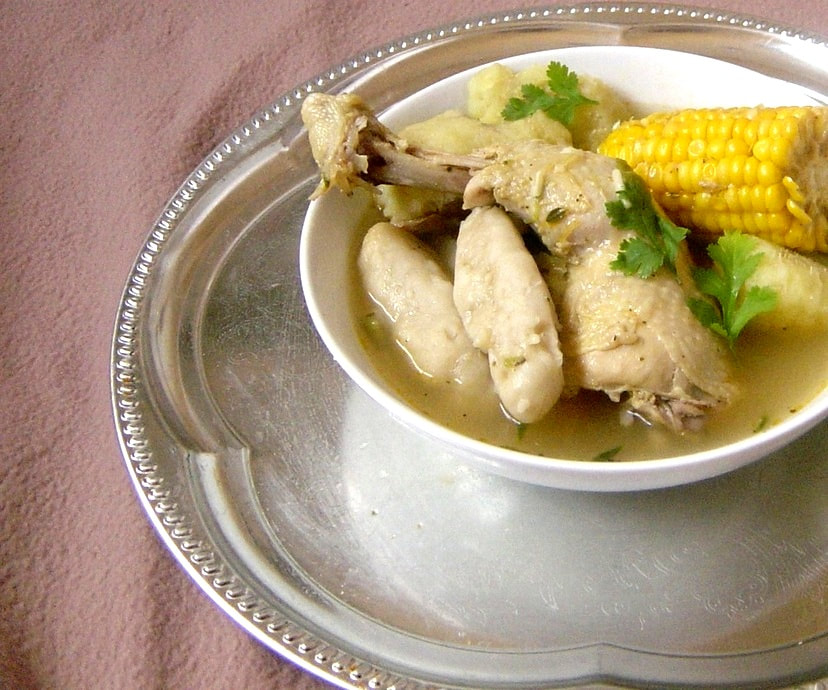 By Simbooker on September 18th 2013
Files & Tags: recipes, index, jamaican, caribbean & latin american, chicken, soups and stews, chili pepper, potatoes & root vegetables, dumplings and noodles
I think almost every culture has some kind of chicken soup. Jamaicans love their soups, and we like to load ours with yams, potatoes, and most of all boiled dumplings. If we were lucky, we would also add some sweet yellow corn, which has become more common now. Whenever my mum made this I was excited, it was my original comfort food. Then I learned to make it myself, and no longer had to depend on her to make it for me. I admit, I've eaten this soup so much now, that I no longer crave it as I once did. I can also easily tire of chicken, but making a soup out of chicken, is one of the best ways to put chicken to good culinary use. This is still a soup that I treasure. 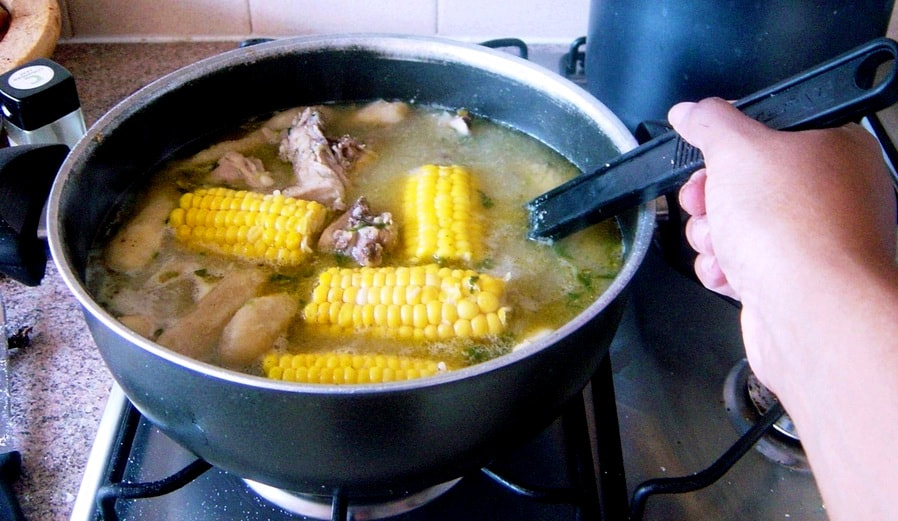 It's very similar to soups and stews in parts of Latin America, I sometimes call it the Jamaican Sancocho. But we have a slight advantage, due to the delicious dumplings that are ubiquitous in Afro Caribbean countries, but not so much in Latin American countries. As usual I put my own spin on this recipe and it turns out just as good. This soup is almost always made using pumpkins as the base of the broth, which I omitted. And instead of using Chicken drumsticks, I used large chicken legs. Either way it's still delicious. In general I wouldn't suggest omitting the pumpkin, it gives the soup a nice rich tone. 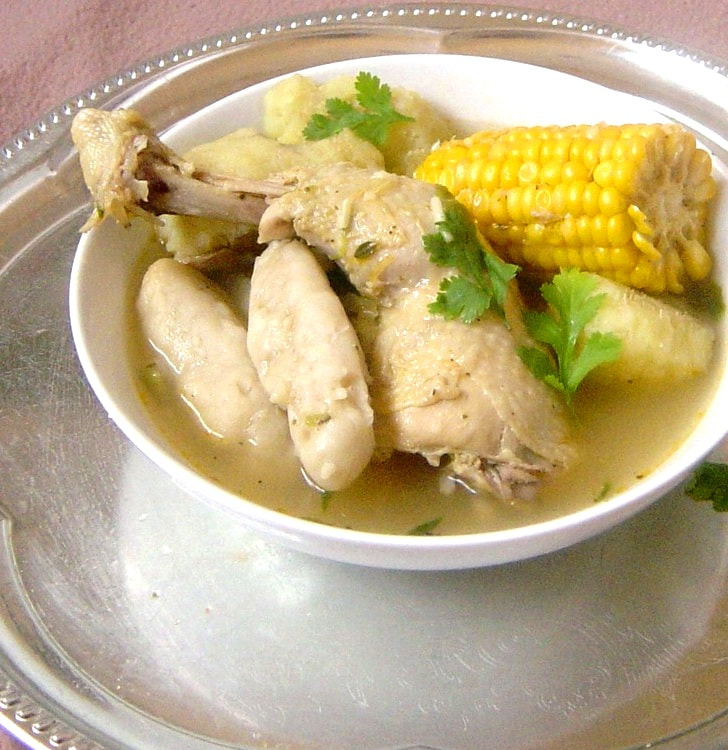 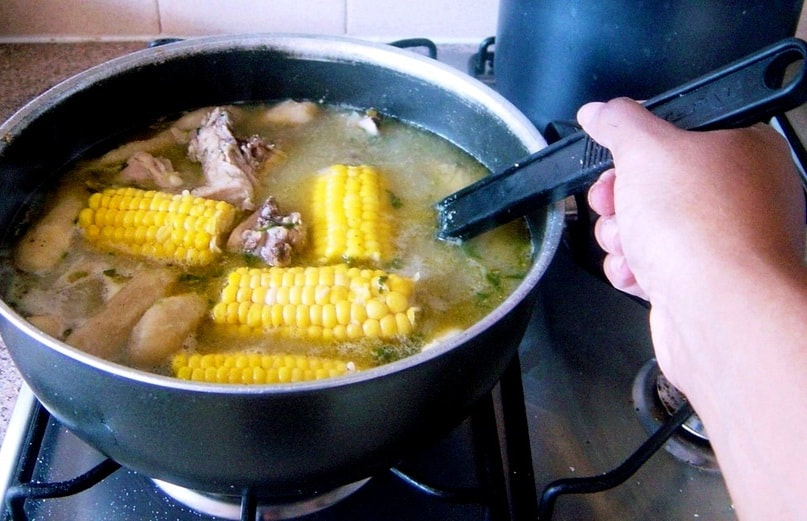 Bring a pot of water to boil: Add chopped onions, scallions, garlic, bell peppers, bunch of cilantro, 1 teaspoon of salt, carrots, a sachet of Grace's cock or pumpkin soup mix or 1 chicken bouillon, 1 tsp soy sauce, let those ingredients boil for 10 minutes. Then turn down to a low simmer and add chicken. Let that simmer for about forty minutes on low heat.
After 40 minutes, Check for salt and add another teaspoon if it needs it. Add Thyme, pimiento berries, pepper, scotch bonnet de-seeded and chopped, fresh parsley, yam/yuca, potatoes, and dumplings. Let that cook until the yam/yuca, potatoes, and dumplings are done. The dumplings should be firm not mushy or hard. Should take about 20 minutes but that is just approximate.  Use your judgement.Ten minutes
before the end, add corn. Serve as desired. 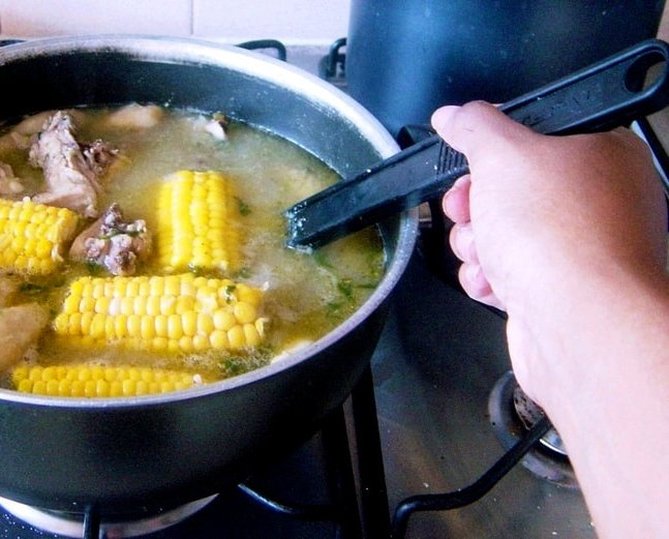