YOU DON'T GO TO SEE A GERMAN MASTER IF YOU'RE BISEXUAL.
AND WHO TAKES THEIR WIFE TO A TOWNSHIP ON HONEYMOON IN THE MIDDLE OF THE NIGHT?! And, what husband, would still pay the driver, or the tour guide after his wife's murder, with a bag of cash?!

ANSWER: A man who's hired killers for his new wife!

THIS IS THE SCENARIO:
A closeted Asian Gay Man marries woman in a sham wedding, and wants out of it. So he hires a bunch of criminals in South Africa to kill her. Of course everyone knows that South Africa is dangerous right? That's why it was the perfect place for Shrien to hatch his murderous plot. Shrien's Gaydar Profile Below Outs him. IT SAYS I am a..."SINGLE GAY MAN." 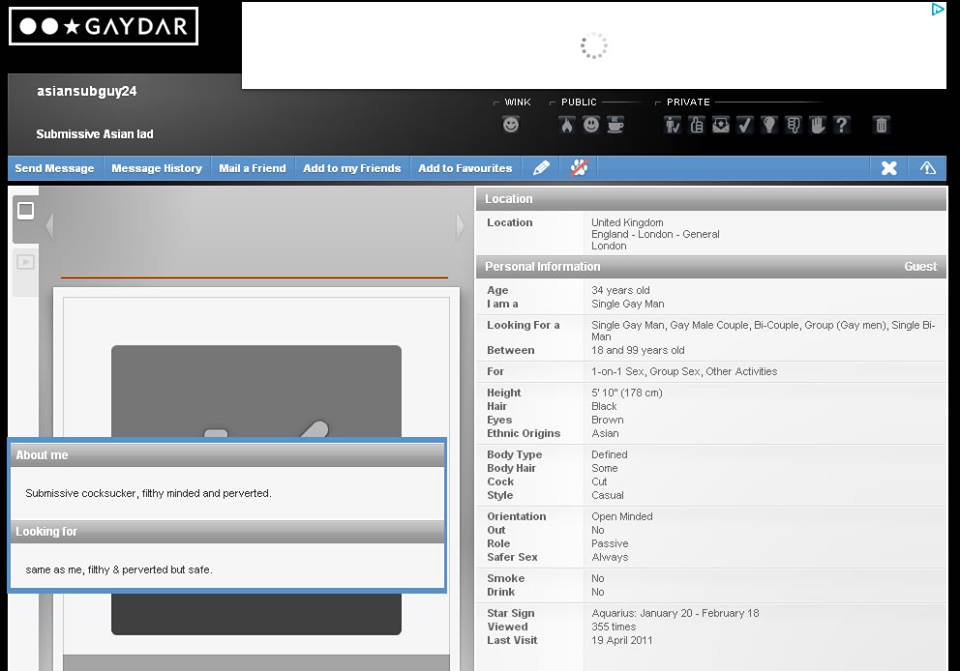 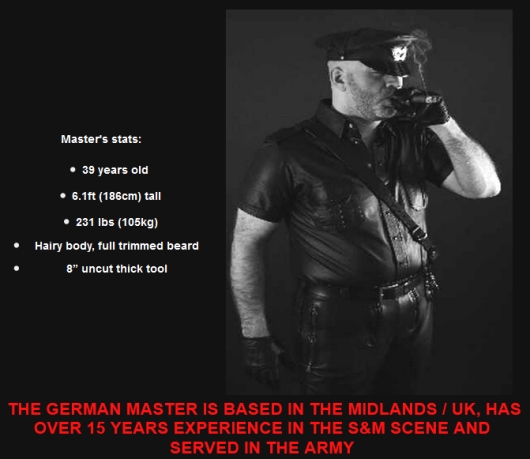 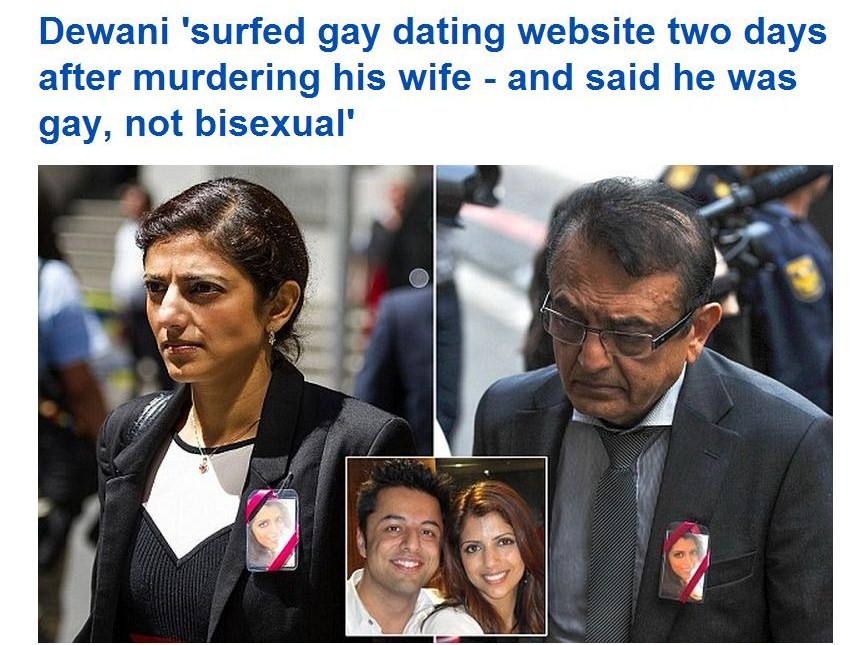 IF THIS HAD BEEN A REAL CAR JACKING, OR AN ATTEMPTED RAPE THAT WENT WRONG, THERE IS NO WAY THE perpetrators WOULD HAVE LET SHRIEN GO WITHOUT SO MUCH AS A SCRATCH ON HIS HEAD. CRIMINALS ARE BRUTAL IN SOUTH AFRICA. SHRIEN WOULD HAVE BEEN CONSIDERED A WITNESS. THEY WOULD HAVE KILLED HIM TO ELIMINATE THE POSSIBILITY OF IDENTIFICATION.


THEY LET HIM GO BECAUSE THEY WERE EXPECTING TO GET PAID FOR THEIR SERVICES.


JUST LIKE SHRIEN USED HIS MONEY TO PAY THE GERMAN MASTER AND OTHER MEN FOR THEIR SERVICES.

This is not about homophobia. I've had quiet a few gay friends in my time, and I have always always deeply admired gay artists, musicians, and fashion designers.

This is instead, about a man's capability to lie and deceive, in one of the most treacherous ways. I BELIEVE THAT SHRIEN DEWANI IS 100% GUILTY. There is not an ounce of doubt in my mind. Unfortunately my belief that he is guilty, does not necessarily mean that he will be found guilty. SO I AM BRACING MYSELF.


I also believe Oscar Pistorious is guilty. Yet, he got away with it. Dewani could get away with it too, and that is a frightening concept.
Every time I see photos of this vile creature on the right, I want to throw up. Anni is not here to say what on earth she saw in him. He had her taken off the scene.

AND TOO MANY PEOPLE KEEP THINKING THAT THIS WAS AN ARRANGED MARRIAGE. IT WAS NOT AN ARRANGED MARRIAGE! Anni was born and raised in Sweden, she came from an Asian background, but she was a very westernised young woman. Moreover, her family would not have forced her to marry. Although marriage is highly regarded in Asian communities; Anni did not live in India, and was not held hostage by her family's religion. 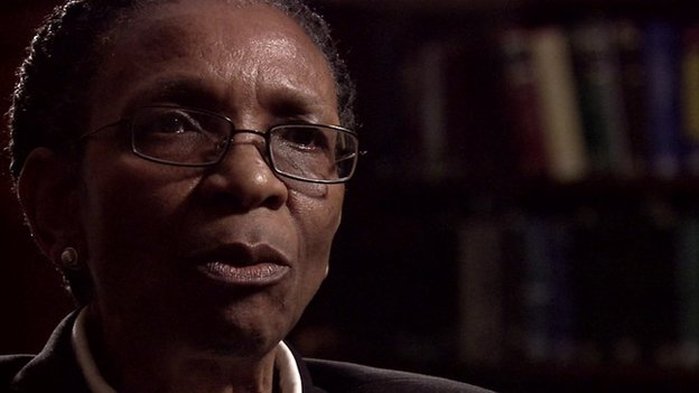 Max Clifford was Shrien's spokesman and representative before being convicted of several sex offences, and hauled off to prison. I believe that someone in the Dewani camp was responsible for the BBC documentary that put this murdering skunt in a decent light.


I was watching a case set in similar circumstances on you tube. And someone made a genius comment. I've paraphrased and revised...

Often cases are abstract and not completely concrete (or black and white). An abstract thinker looks at the evidence in totality, and determines likelihood and reasonable doubt. They are not influenced by CSI, but by reality. In reality, many cases do not have a smoking gun. However, there are many pieces that create an entire picture.


This is why I believe that Scott Peterson was convicted. The juror looked at all the pieces of the puzzle to create an entire picture.

In Oscar's case, I think the baffoon judge ABOVE did not invest enough time in thinking about the likelihood of Oscar's defense claim. She did not think enough about reasonable doubt. She is not an abstract thinker, she is a negligent thinker. She neglected the clear evidence; his repeated lies, or at the very least, his doubtful claims. It simply does not make sense that a girlfriend is staying the night at her boyfriend's house, and he immediately thinks that the person in the bathroom is a burglar. Knowing this, It further makes no sense, that he would start shooting recklessly before at least checking to see if his girlfriend is in the bed. 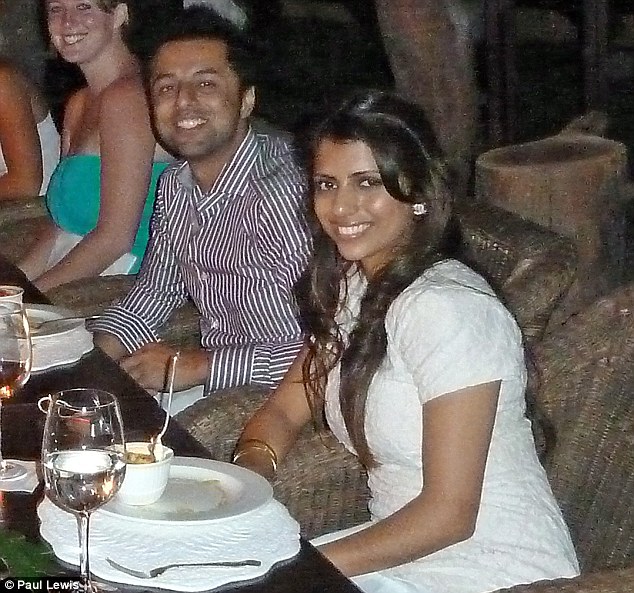 Back to Shrien Dewani. I'm not sure that Anni's family are going to get the justice they deserve. If the judge in this case, is anywhere near as negligent and inefficient as the judge in the Oscar Pistorius trial, then I fear the outcome. 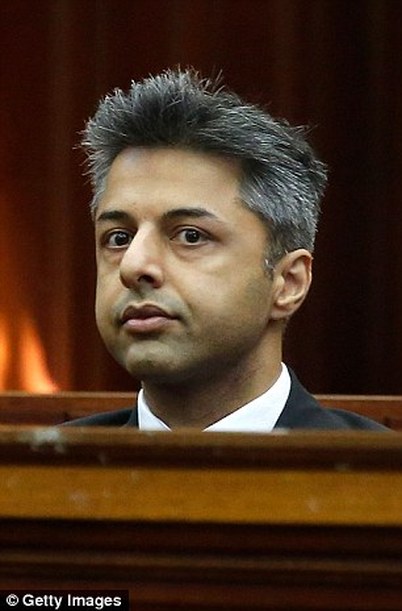 If looks could kill. This guy has never shed a tear for Anni, only for himself. He has played mentally ill, but he is as sane as they come. He's just a closeted gay man who did not have the balls to come out to his family, because he feared rejection and shame. But the very secret he tried to hide is now out. That's why his hair is grey, and he looks more like 44 than 34. I can only hope that this vile, perverted, twisted, evil man gets what he rightly deserves, but I'm just unsure that my wishes, and that of Anni's family will ever come true.