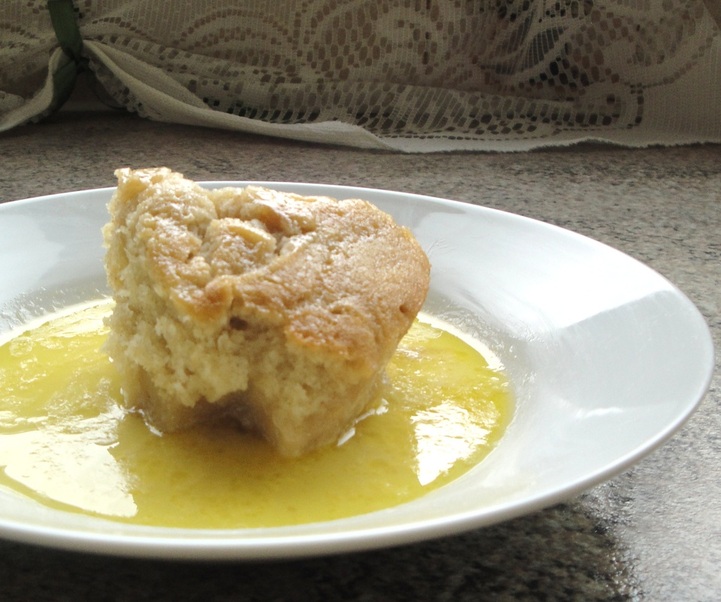 Eve's Pudding is simply my number 1 favourite dessert of all time. It's hard to say that because I only place it above Bread and Butter Pudding, Apple Crumble Cake or Victoria Sponge Cake by 1 point. The reason for this is that it comes out fantastic every time I make it. I have never stumbled on my recipe, even when I eyeball some measurements. Eve's Pudding is an English dessert that I first had when I was attending an all girl's school. It would be served for lunch with custard, and I would enjoy seconds, and sometimes thirds. For years after I left school I would reminisce. 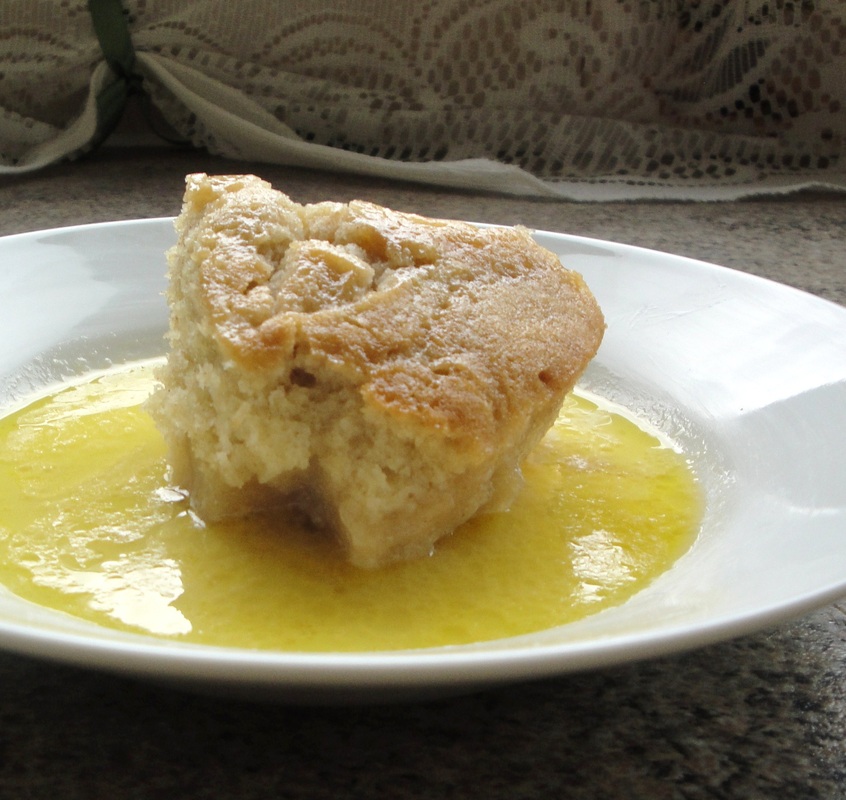 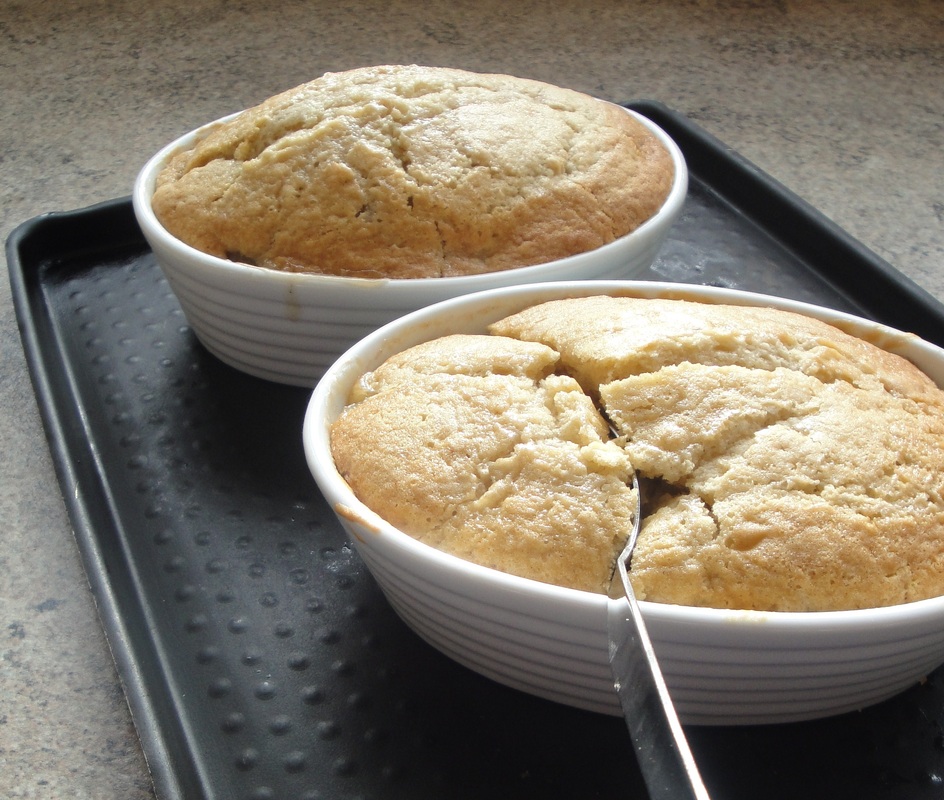 Eve's pudding is very similar to Victoria Sponge Cake, but it is consumed liked a pudding and considered as such. It's basically a sponge cake mixture with caramelised apples at the bottom. It's a simple dessert, but oh so very delicious. It's one of my ultimate comfort foods. A nice spongy cake at the top, soft syrupy apples at the bottom, laced with cinnamon. 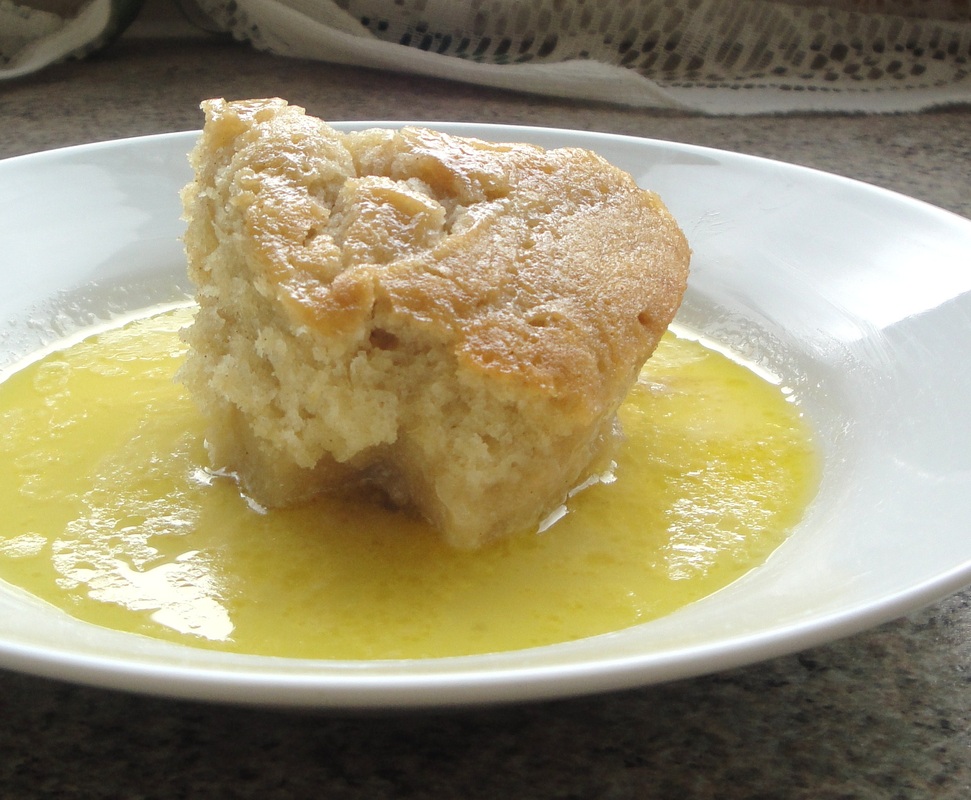 I've said it before and i'll say it again. No where does desserts better than Great Britain, and although this country has not always been kind to me, I'm grateful that I was exposed to British cakes and puddings at an early age. With Eve's pudding you get a dessert that's a cake and a pudding all in one. It's an unbeatable combination in my opinion. 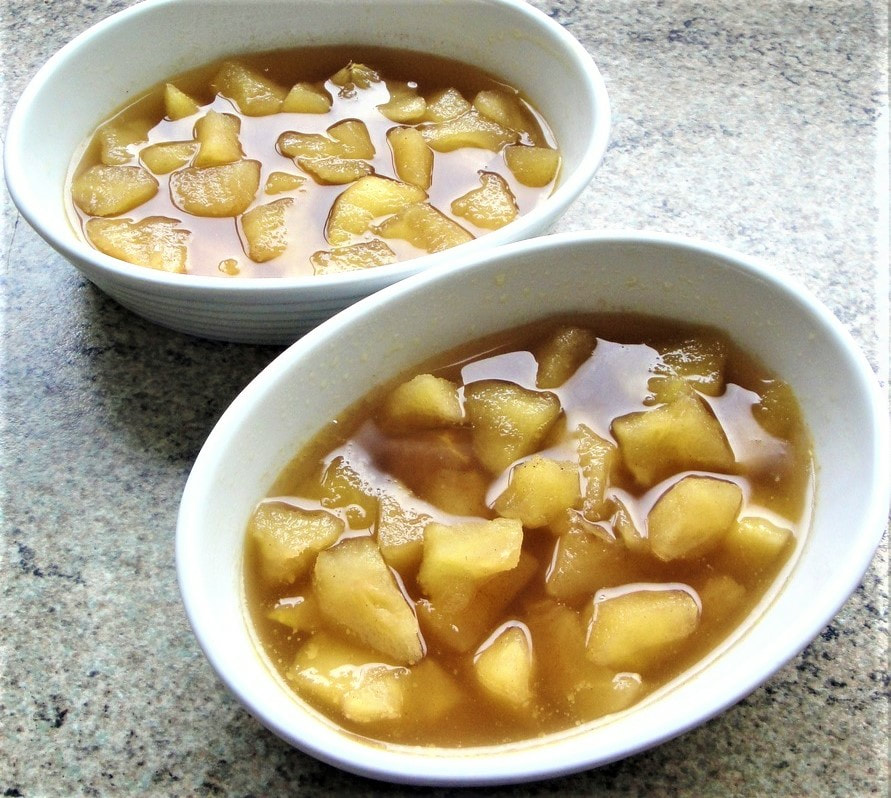 PEEL, CORE, AND CUT INTO BITE SIZE PIECES Approximately 10 Apples of your choice. Fill a pot with approximately 1 cup of water and add the apples. On a stove gently heat the apples on medium heat and start by adding 7 tablespoons of granulated sugar and 2 tablespoons of Cinnamon. Slice a lemon in half and squeeze some of the juice into the apple mixture. Stir and then gently simmer the apples on medium-low for about ten to fifteen minutes or until they become soft and caramelised.


Lightly grease 2 small ceramic baking dishes with butter and fill them with the caramelized apples dividing the mixture as evenly as possible.

For the Cake Batter - Dry Ingredients
1 + 1/2 cups of Self Raising Flower, 1 + 1/2 tbs of Cinnamon, (One and a half cups, and One and a half tbs) 2 tsp of Baking Powder
For the Cake Batter-Wet Ingredients
A 3/4 cup of granulated Sugar, 200 grams of room temperature butter, approximately 1 large egg or 2 small eggs (room temperature), 1/2 tsp of Vanilla extract, and 1 tsp of almond extract, Milk-if you need to loosen the batter. 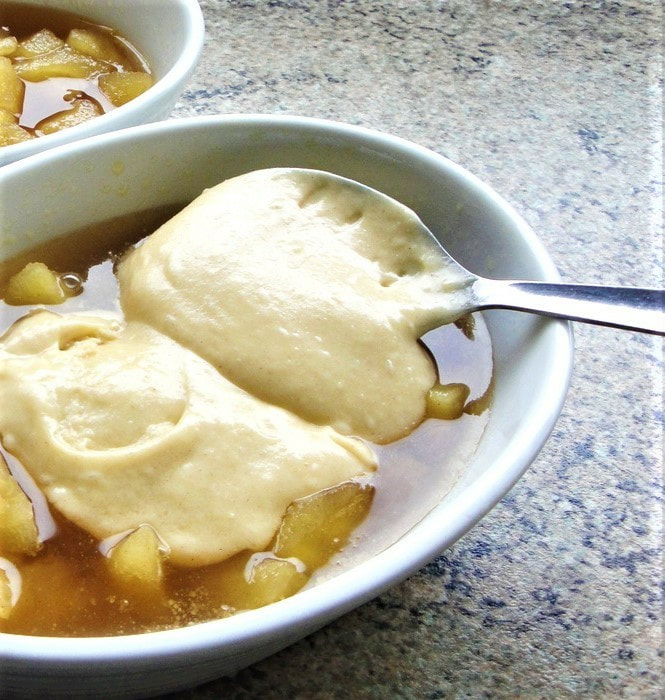 Whisk the butter and sugar together together with an electric mixer. Whisk the egg/s and add them to the mixture and whisk again. Then add the vanilla and almond extracts and whisk again. Then sift in the dry flour mixture and whisk all together. If the batter is too thick, add milk little by little to loosen. If you have some mixture left over, enjoy licking it off the spoon. Once incorporated add the batter on top of the apples, evenly distributing between the two baking dishes. It does not have to be a thick layer, just enough to adequately cover the apples. Even out with the back of a wooden spoon or a flat spoon. 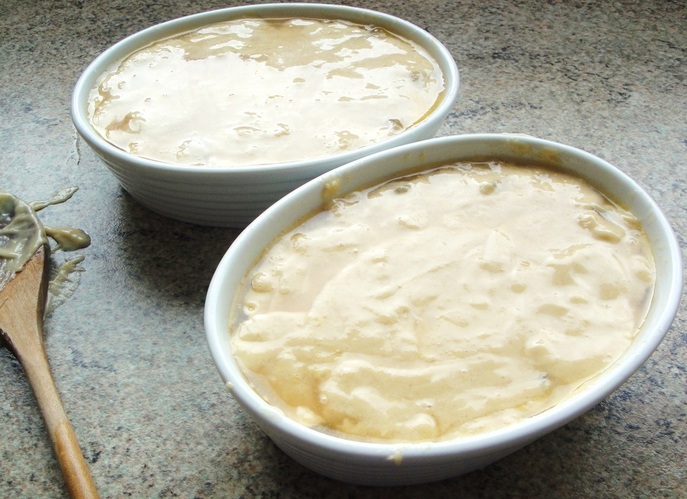 POP THEM INTO THE OVEN FOR APPROXIMATELY 40 MINUTES OR UNTIL DONE AND A STICK POKES CLEAR. 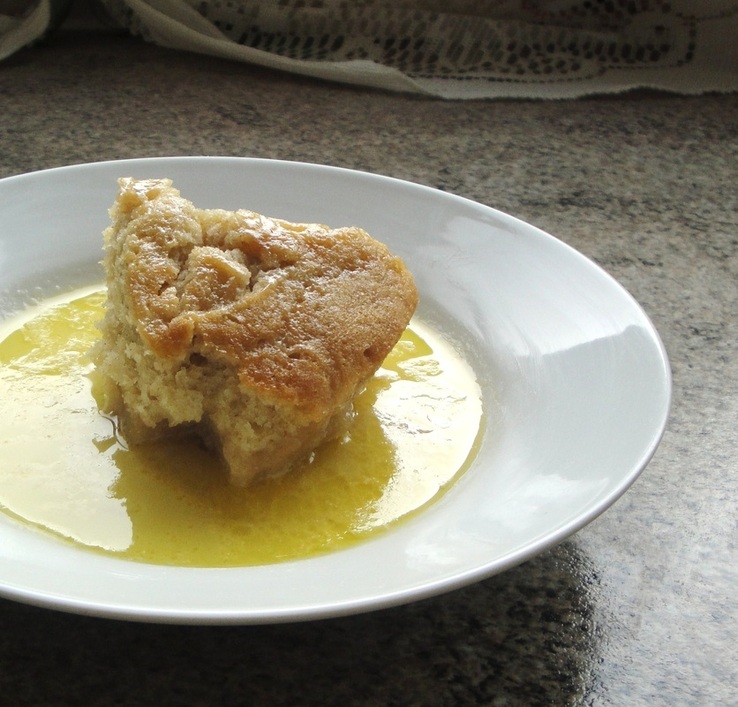 TAKE THEM OUT, LET THEM COOL, SERVE WARM WITH CUSTARD 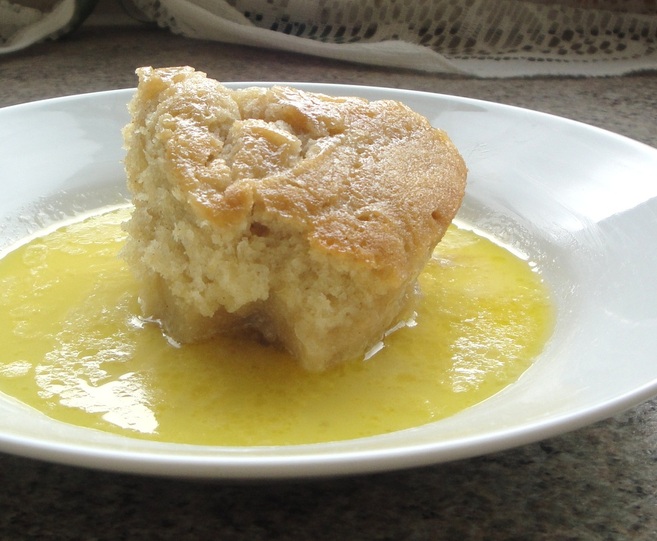