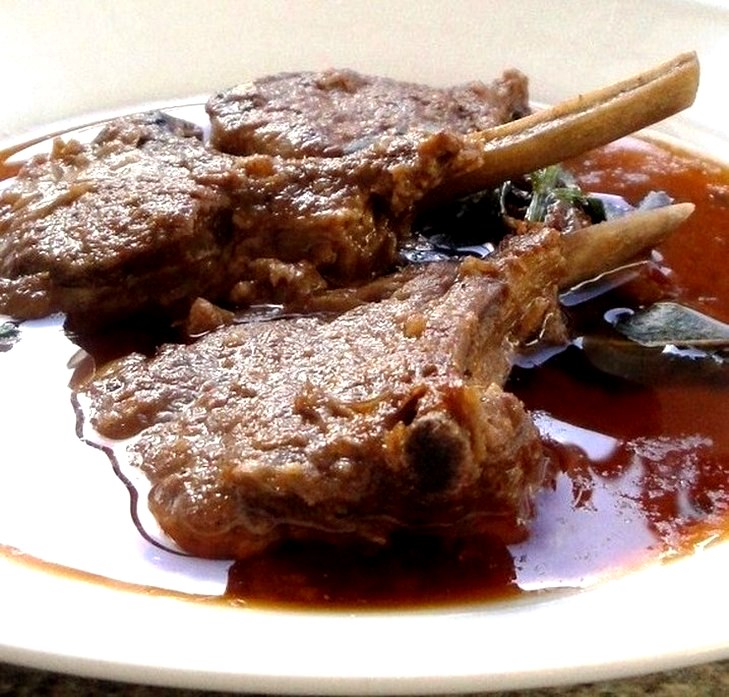 By Simbooker on the 5th of February 2014
Files & Tags: recipes, index, indian, curries, goat & lamb, tomatoes, chili pepper
Rogan Josh is a dish that can be made out of Goat, Mutton, or Lamb. In British restaurants and take-aways in the UK, Lamb is nearly always the choice of meat. British cuisine doesn't include Goat, and although Mutton is eaten here, it's not as commonplace as Lamb. Aside from Chicken Tikka Massala, Lamb Rogan Josh is what I used to order from Indian Take-Aways. 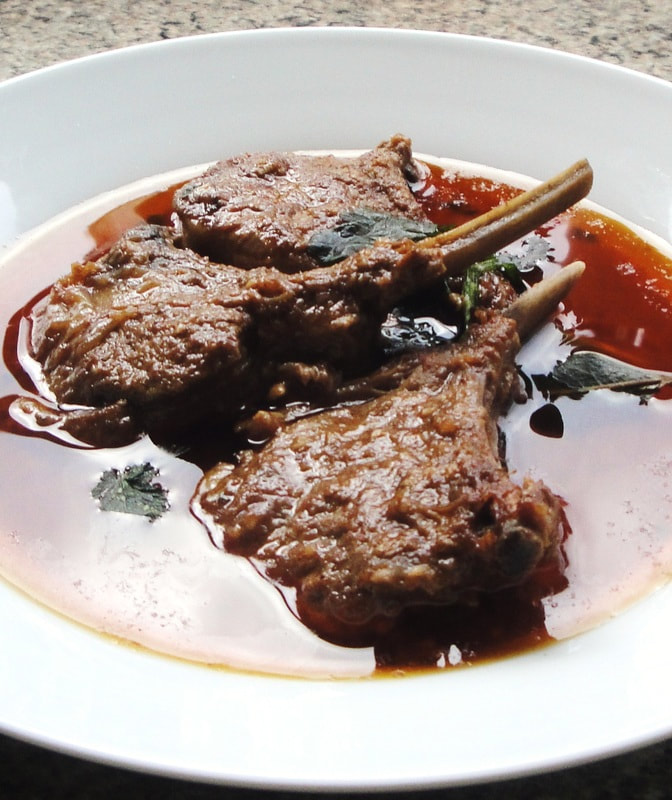 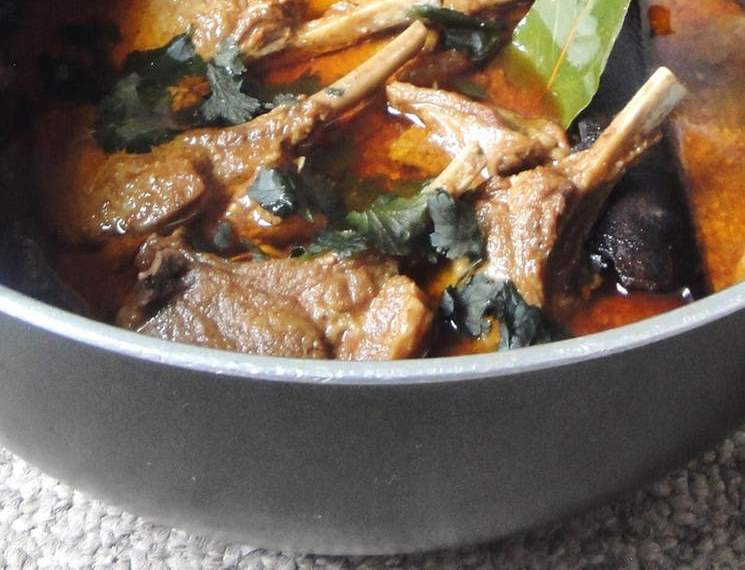 I rarely order Indian Take-Away these days. Preferring to opt for Chinese, Thai, and Turkish cuisine for Take-Out. And it's been a long time since I've eaten at an Indian Restaurant. With that said. I'm developing a new appreciation for Indian food, and the influence it has had on
many parts of the world.  No where in the world, outside of India,
is the love and passion for Indian food greater than in Britain.
But I'm also starting to see a burgeoning love for Indian food in North America. Which didn't seem apparent to me twelve years ago. 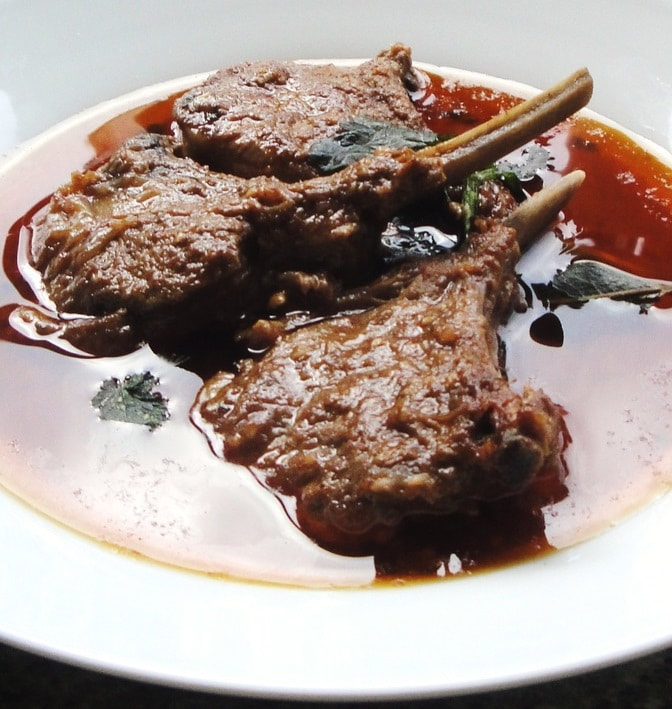 Editors from food porn sites seem to love Indian food. It's either that, or they love Indian home cooks who submit photos of their dishes, whether they are good, average, or below average. It's just an observation I've made. Of course this has nothing to do with me. I can't remember what influenced me to attempt cooking this dish, but I suddenly got the impulse to try it. It came out superb. The aromatic aromas are enough to send me to heaven. And as with all Curries, it just gets better over time.
I will definitely be cooking this dish again. 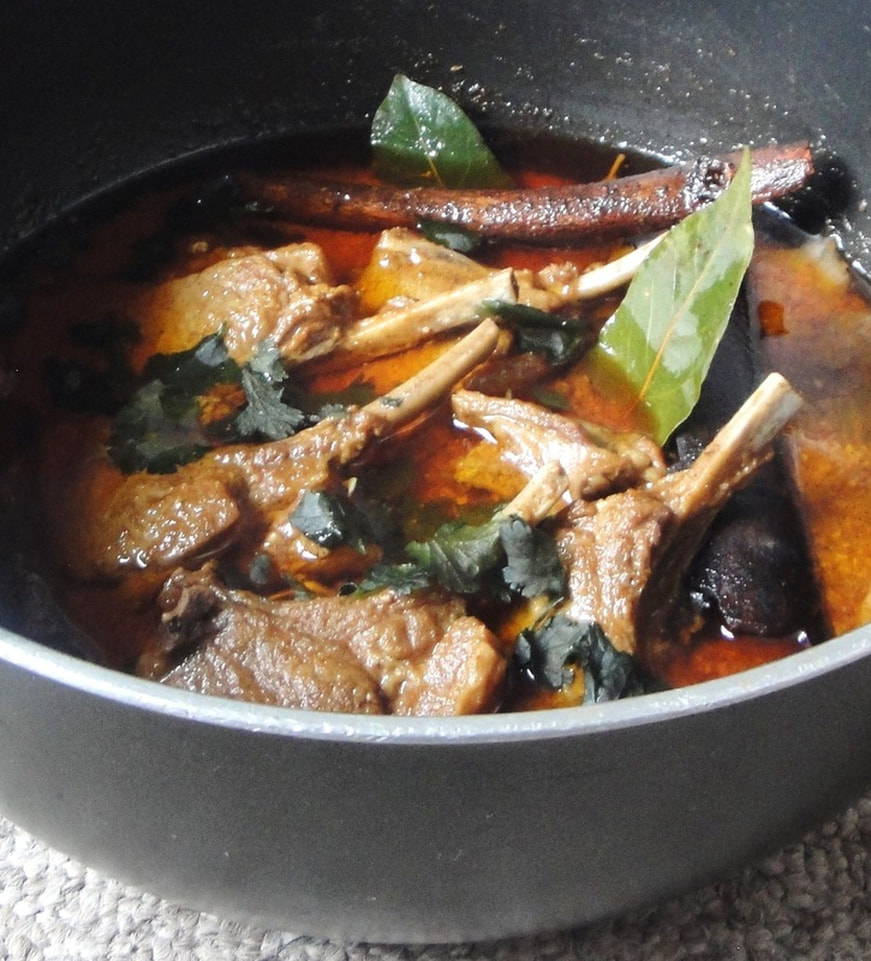 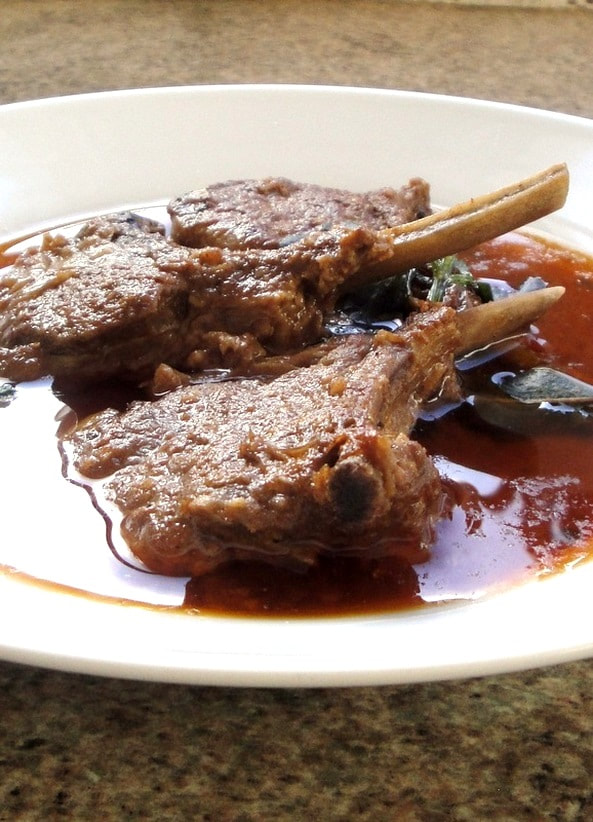 Recipe Ingredients
1 pack of Lamb Chops or Loins
2 tbs of Kashmiri Chilli Powder (substitute regular chilli powder or paprika)
1 tbs of Ginger powder, 1-2 tbs of Onion Powder and Garlic Powder,
1/2 half a tsp of Cumin, 1 tsp of Black Pepper, 1 or 2 Cinnamon Sticks,
6 tbs of Garlic Butter Oil, 5 Cardamom Seeds, 2 Bay Leaves
1 cup of double cream OR 1/2 cream and 1/2 Yoghurt,
2 tsp of TRS GARAM MASALA, 1/2 cup of cooking Oil
5 Sprigs of Fresh Cilantro, Salt to taste
​1. Mix all the dry spices together, except the black pepper and garam masala, in half a cup of water. Add the Chilli Powder last to ensure you get that red colour.

​3. Pour the dry mixed spices you should have mixed together earlier in water, straight into the pan. The spices have to be cooked down for at least five-ten minutes. Then add the lamb back into the pan, coat the lamb with the red chilli spice mix, sprinkling with a little salt. Then add approximately 3 cups of water and bring to a boil for five minutes. Then turn down to a low simmer.

5. Leave to cook for about 40 minutes checking now and then. After 40 minutes add the cream and/or yoghurt. Stir vigorously as you pour the cream/yoghurt so it's well combined. Check for salt. Leave to cook until the lamb is tender. Cooking times can vary.
Serve with your choice of rice and or Naan Bread. 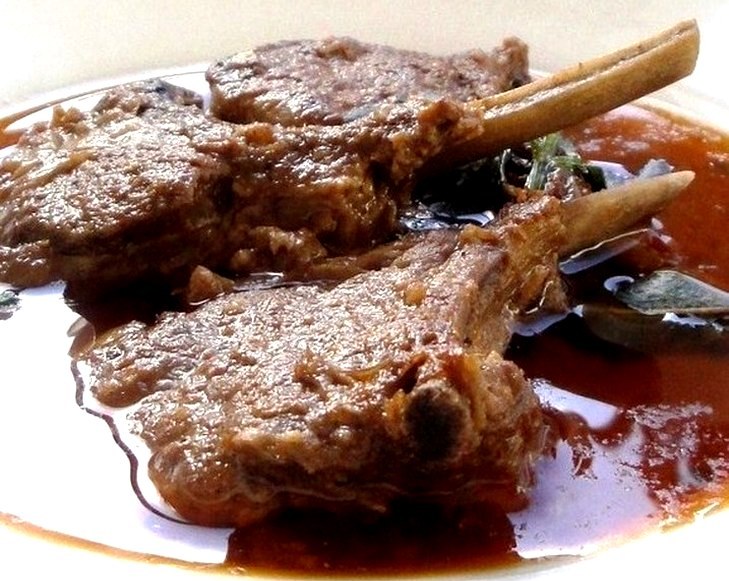