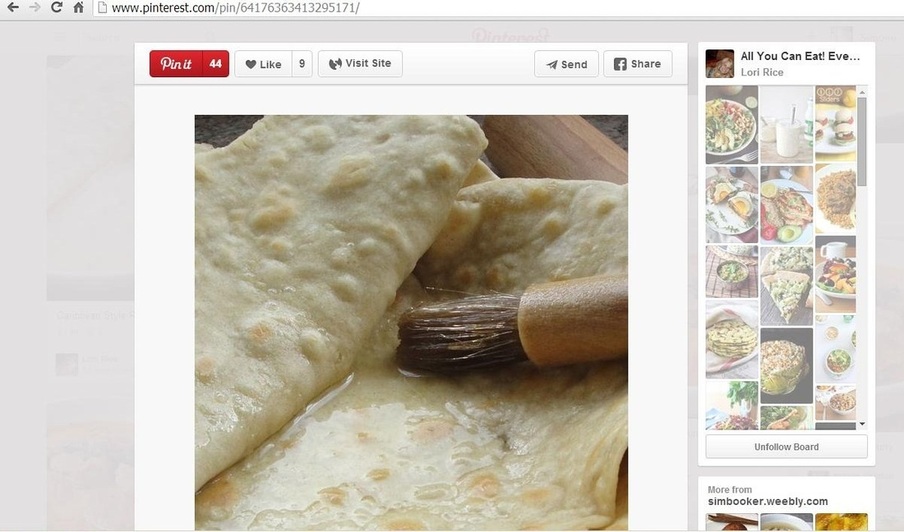 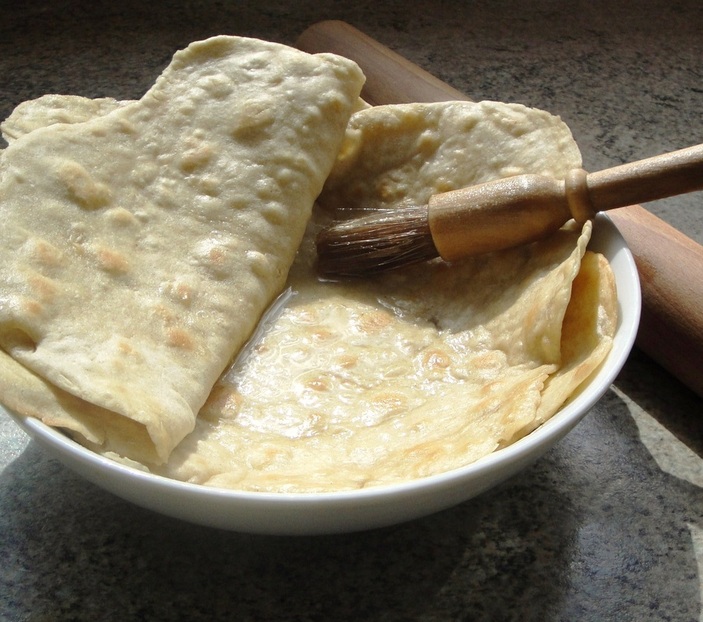 Files & Tags: recipes, index, rice and bread, caribbean & latin american
Roti is a flatbread that originated in asia, specifically India. Rotis are very popular in places that have either large Indian populations, or sizeable descendants of Indians. You can find Rotis in Malaysia, Singapore, Sri Lanka, Bangladesh and of course India; the country that the bread is perhaps most commonly associated with.
You will also find Roti where the Southern Caribbean meets South America in places such as Trinidad, Guyana, and Suriname. It's possible to find Roti in Jamaica which has a significant Indian population, although it is not as widely available as it is in the aforementioned countries, where Indian populations are much larger. Caribbean Rotis are very different from the type of Rotis you get in India. This is not naan bread or chapati! 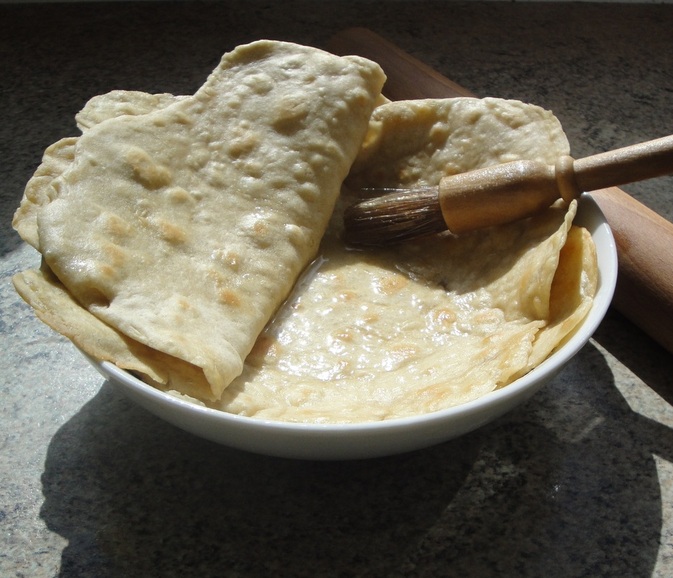 In fact there are probably over a hundred different types of Roti. In Trinidad alone there are several different kinds. The two most popular are probably Paratha and Dhal Puri. And even within Trinidad or Guyana, there are several different ways of making them, varying from home to home. The Roti I've made is a modification on the Paratha, which is probably my favourite. But my version is a lot simpler. I did not use a tawa/tava which the Roti is traditionally made on.
I used an iron skillet which is not the same, but gets the job done. You can use a frying pan. 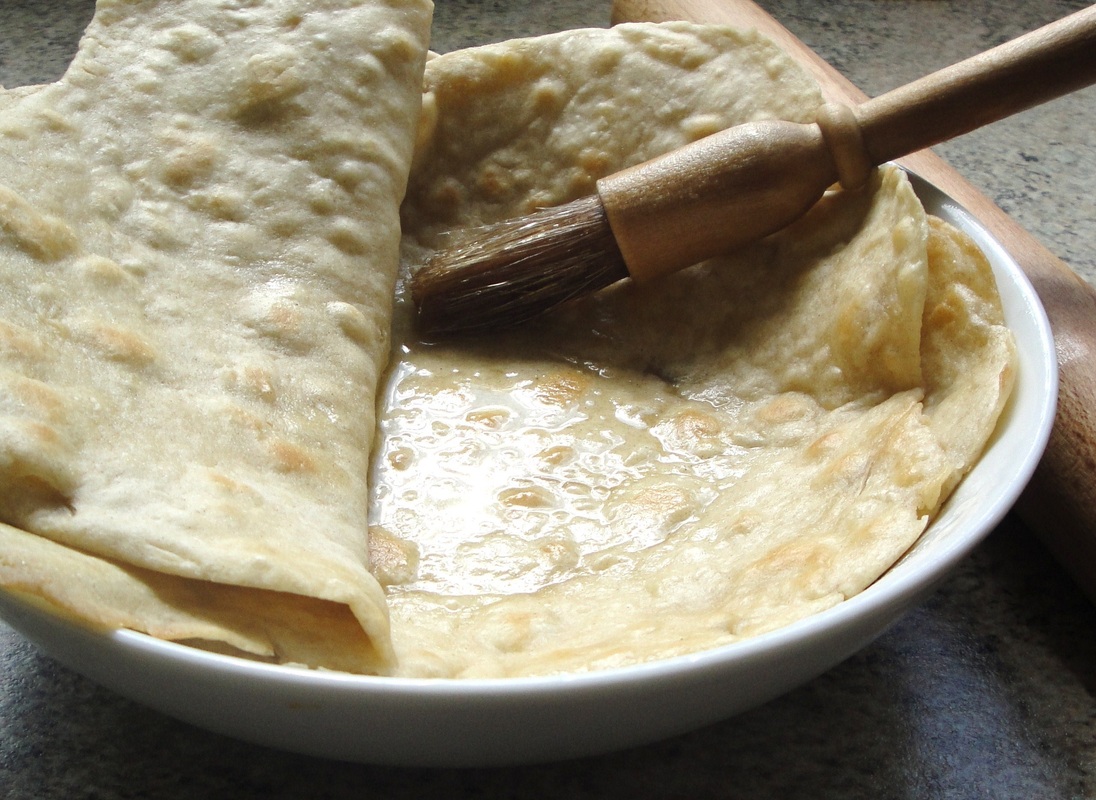 I make this Roti to serve with Caribbean Duck or Goat curry. It can be eaten with any kind of curry, and in some places it's eaten as a breakfast item. It is very similar to a tortilla, but tastes significantly different. I literally cannot imagine eating a Caribbean Curry without Roti. It completes the meal, and it's very filling. It's one of the greatest things to sink your teeth into; a melt in your mouth type of experience. It's also the perfect utensil to mop up all that delicious spicy curry sauce. It's super delicious and mandatory.
It's made using butter, also known as ghee which is brushed onto the roti. 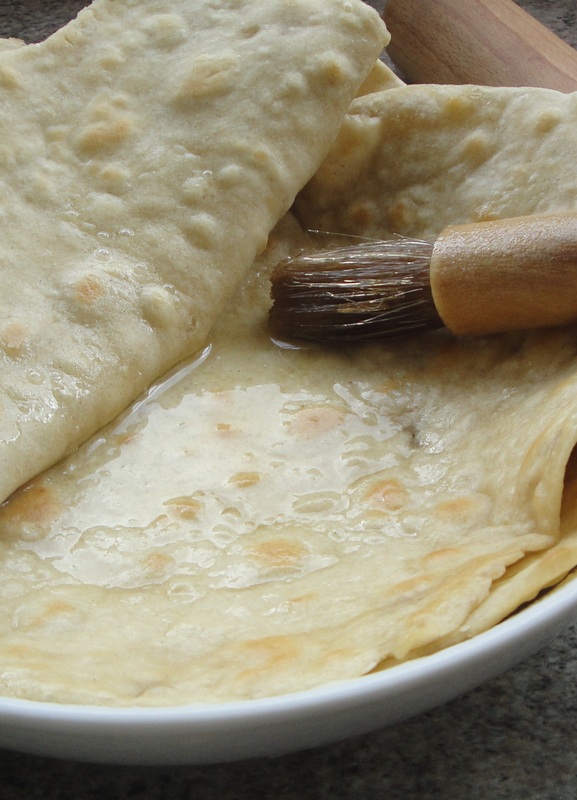 3 Cups Flour, 1 Cup Vegetable Oil, 3 tbs Butter, 1/4 (quarter) teaspoon of salt, 1/2 teaspoon of Cumin optional, 1 tsp baking powder optional,
Warm Water-Amount- Use your judgment
by Simbooker September 18th 2013
Mix flour, salt, water (enough to form a soft dough), plus cumin and baking (optional ingredients) Knead and roll into a large ball and let it sit for twenty minutes. Melt butter and mix with oil in a bowl, I use a measuring jug. Spread a generous amount of the ghee (vegetable oil and butter) over the dough using your hands. You want a moist soft dough in your hands and continue to knead. Let the dough sit for another twenty minutes.

Then with your hands roll the dough out as far as it will stretch lengthways, then separate the dough, as evenly as possible taking a large pinch of the dough to form round and relatively equal sized dumpling balls. Then roll each ball out with a rolling pin, creating flat round discs. Create a large incision in the flat dough discs and roll the available flap back all the way around creating a ball, tucking the flap into the top of the dough. Leave to sit for another twenty minutes.
Heat an oil-less frying pan or iron skillet on high for about six minutes and then turn it down to medium-high heat.

Then use your rolling pin to flatten out each ball, to create a flat circular disc (doesn't have to be perfect) as if you're making a flat pizza dough or tortilla. You may want to lightly flour the surface before you do this, so that the dough doesn't stick. Place the dough into the centre of the pan. Cooking times can vary, but it should be about 60-75 seconds on each side. Look for holes forming in the dough and charred spots. This should give you indications to turn the dough on the other side. Then flip the dough and cook again for about 60 or so seconds. When done take it off, and brush the roti liberally with ghee on each side. (vegetable oil and butter)

"Then roll each ball out with a rolling pin, creating flat round discs.
Create a large incision in the flat dough discs and roll the available
flap back all the way around creating a ball, tucking the flap into the
top of the dough. Leave to sit for another twenty minutes." 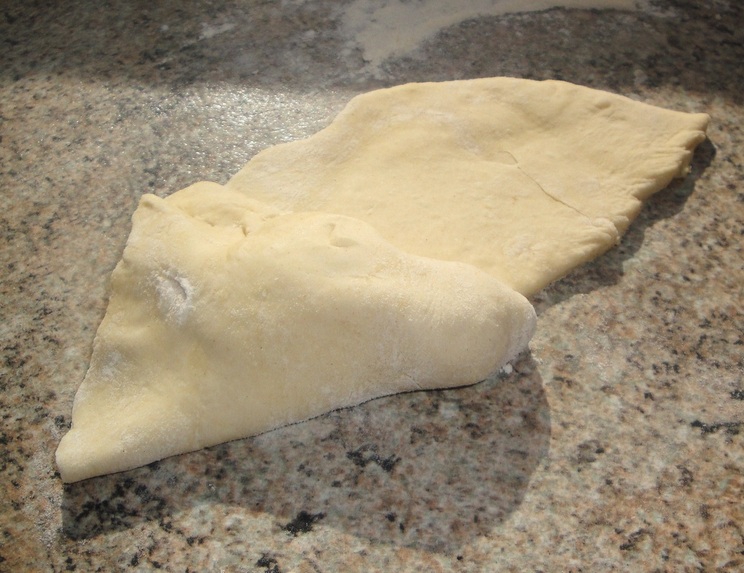 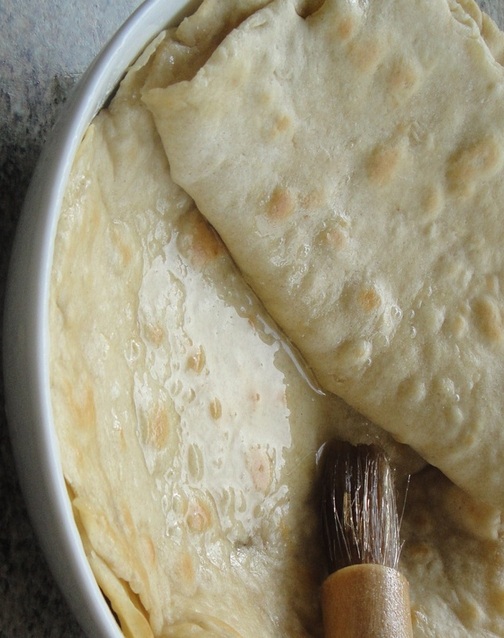 Place in a warm bowl and cover. Repeat this with the rest of the dough. When finished. Vigorously shake the bowl. Then serve as desired. The Rotis can store in the fridge for three days, and reheating should take at least 60-70 seconds but not much longer. They are best served warm. You can also freeze them. You may not get this recipe right the first time. For me it took a bit of practice til I got it exactly how I wanted. Practicing is the key. 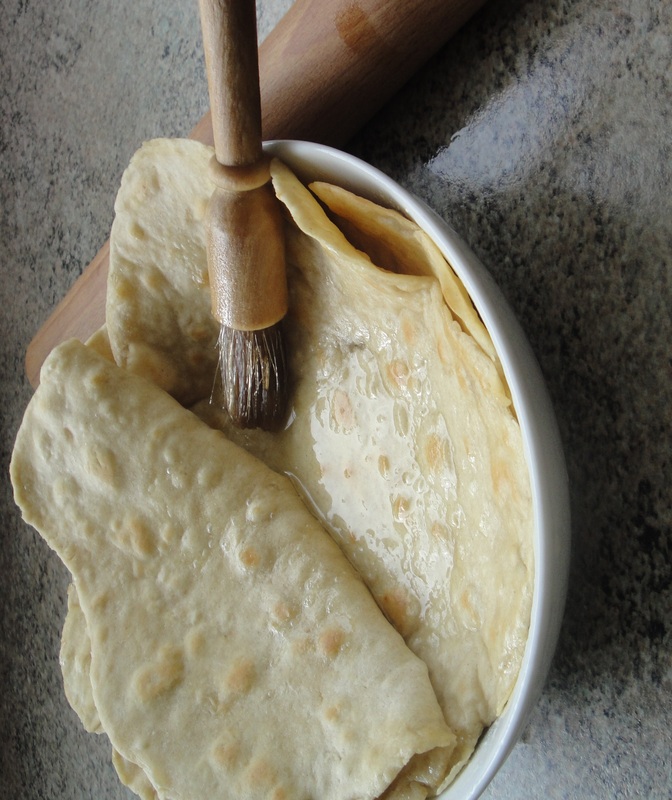