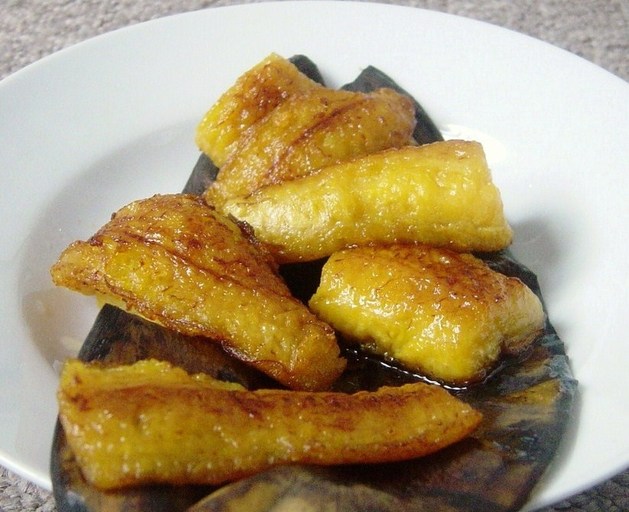 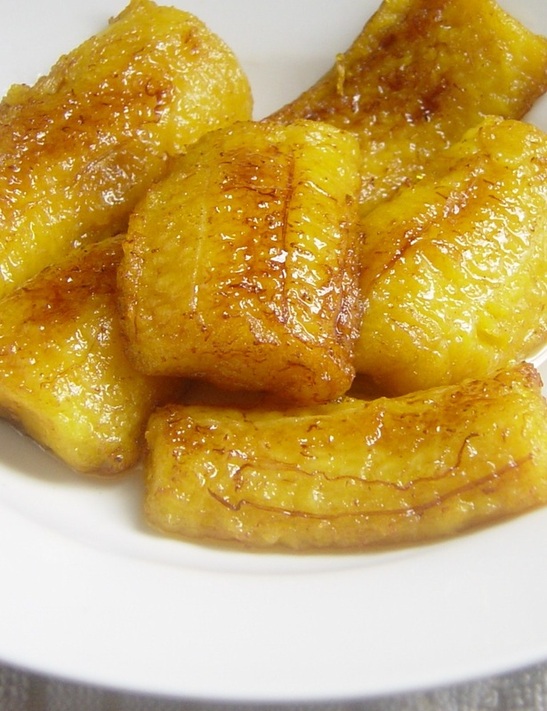 Buttery Sweet Plantains,
by Simbooker September 24th 2013
Files & Tags: recipes, index, plantains and fruits, Jamaican, Caribbean & Latin
Plantains are ubiquitous in the Caribbean, and Latin America. When I was growing up I thought that only Jamaicans ate plantains. And then later on, I discovered they were also eaten in other parts of the Caribbean, and even in Africa. It was a while afterwards that I learned they were consumed in every country in Latin America. In fact, I don't think there is a country south of the United States that doesn't have plantains as part of their culinary repertoire. More recently I discovered they are also eaten in parts of Asia.


Plantains seem to be popular everywhere in which they grow. But Puerto Ricans seem to love them the most. I know many from the Caribbean, and Latin America who say that plantains are their single most favorite food item in the world. I'm not that deep about plantains. I like them, but I could live without them, although I wouldn't really want to.
In many other parts of the world, plantains are almost entirely unknown, and those who don’t know, probably confuse plantains with bananas-their close cousins. Plantains are not bananas and should not be consumed raw. They are larger, starchier and have less sugar content.
Plantains sweeten when ripe; an unripe plantain's skin is green, a ripening plantain is yellow, and a very ripe plantain is almost black. 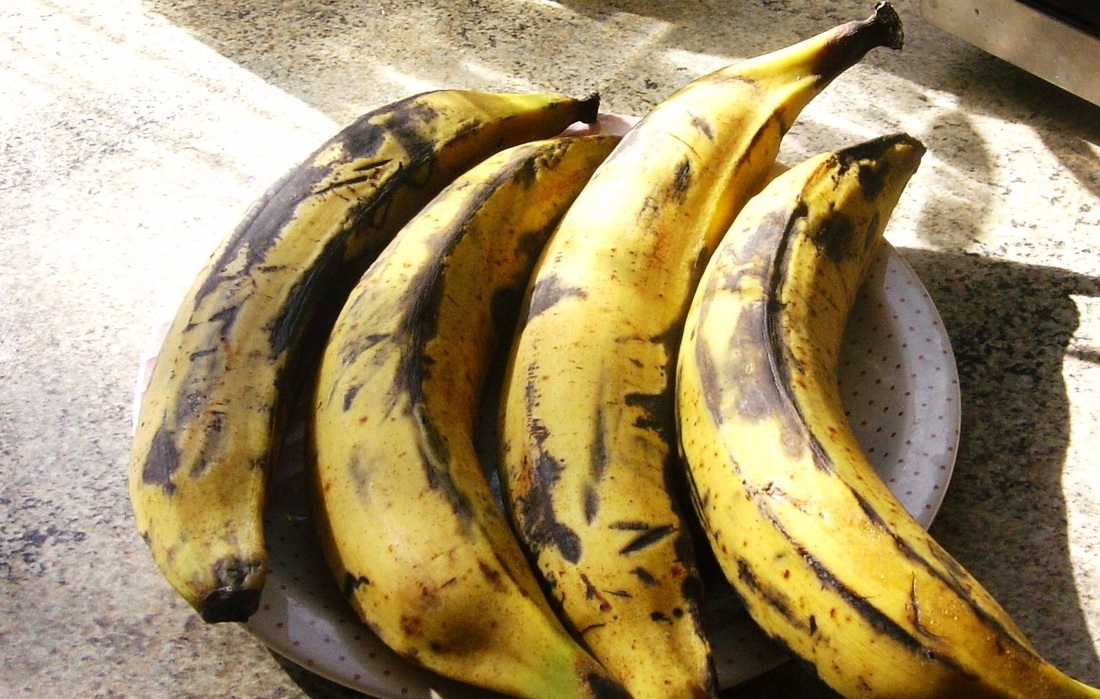 In Jamaica plantains are consumed in porridges, soups, and perhaps more commonly, simply fried and served as a side dish (Maduros). They also come in the form of plantain chips. In PR they seem to have all types of creative ways of making them. My favourite PR plantain dish is Mofongo, served with pork. I don’t like dry plantains-so plantains chips, tostones, or patacones are not my thing. My other favourite way to eat plantains is fried; when they are ripe and sweet, juicy and moist. I leave the skin to ripen until it's almost black with patchy yellow spots.
My secret to sublime tasting juicy plantains is frying them in butter. 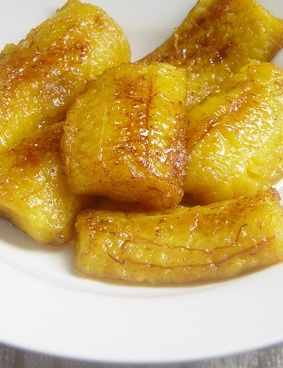 INGREDIENTS
1 Cup Vegetable Oil
2-3tbs Butter
With a knife, cut the top and the bottom edges of the plantain, as you would do with a banana. Peel the skin off, and slice down the centre of the plantain. This will separate in 2 pieces. Cut evenly sliced pieces
lengthwise, or simply cut each side into 2.

In a frying pan or iron skillet, heat oil on high for about three to four minutes, then turn down to medium heat and add butter. Let that melt then add plantains; it doesn't matter what side you fry first, as long as you fry both sides evenly. Allow to fry for a minute or more on each side; though it may take longer. Do not overcrowd the pan.
The idea is to fry the plantains until they turn a nice golden or dark brown color. I often like them golden.
Serve as desired. Plantains are best when they are fried, left to sit for a few minutes, and served. Feel free to reheat, but once cooked, they don't store well. They are best eaten on the day they are cooked. 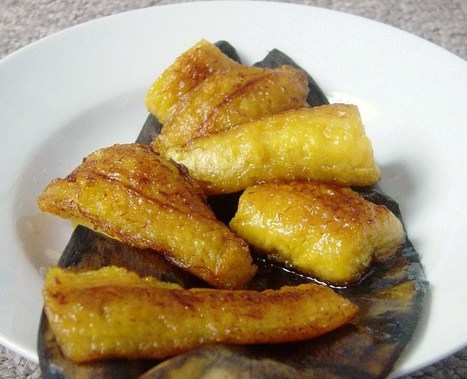