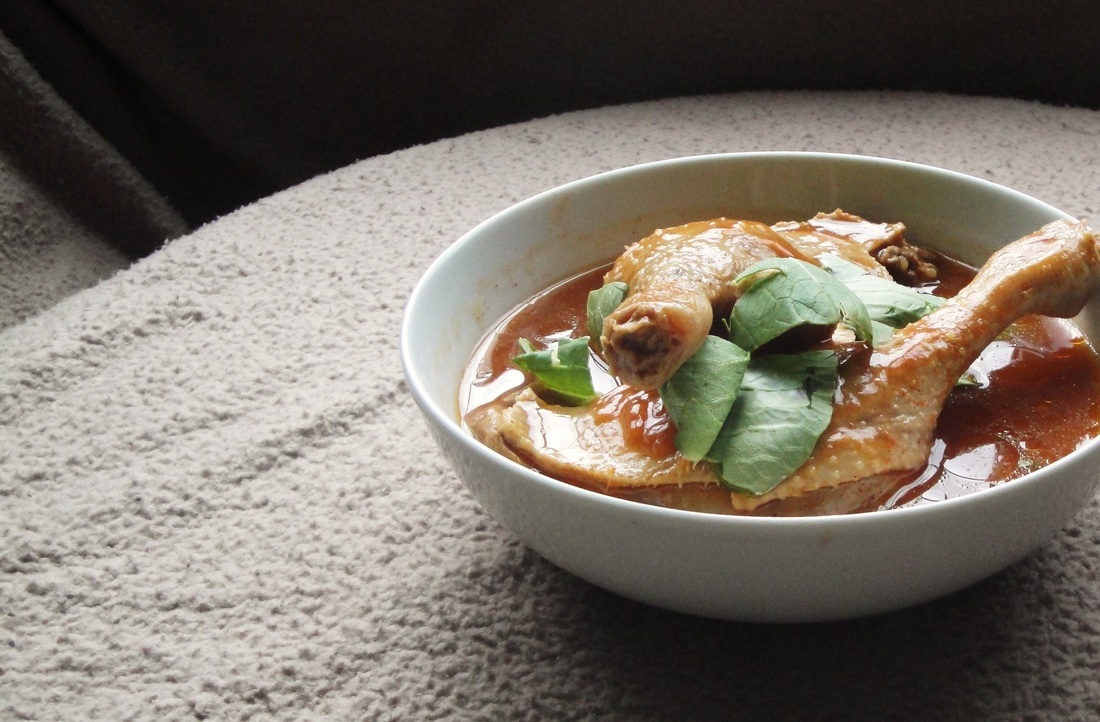 By Simbooker on the 12th November 2014
​Files & Tags: recipes, index, soups and stews, duck, asian, chili pepper, korean ​
Oritang is a traditional Korean soup made by cooking duck with vegetables, in a large pot. Duck is not commonly used in traditional Korean cuisine. This dish is native to a certain region in Korea, where I am informed that you can order it, in just a handful of eateries. 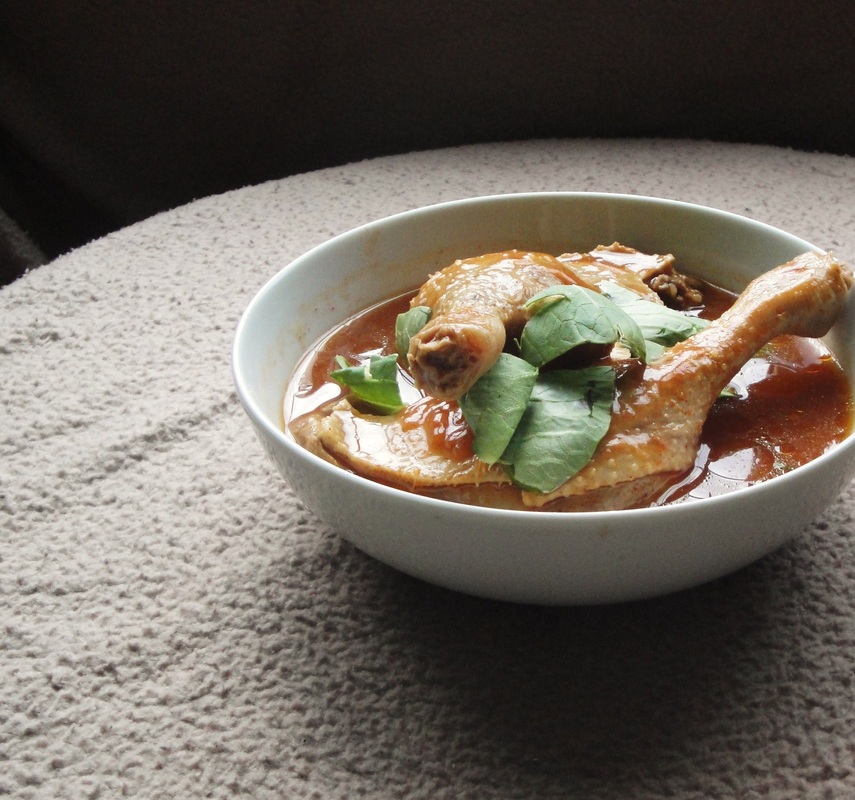 When it comes to food I have an East Asian heart, a Caribbean Soul, and a British sweet tooth. But there are times when I struggle to decide what to eat, or to cook. 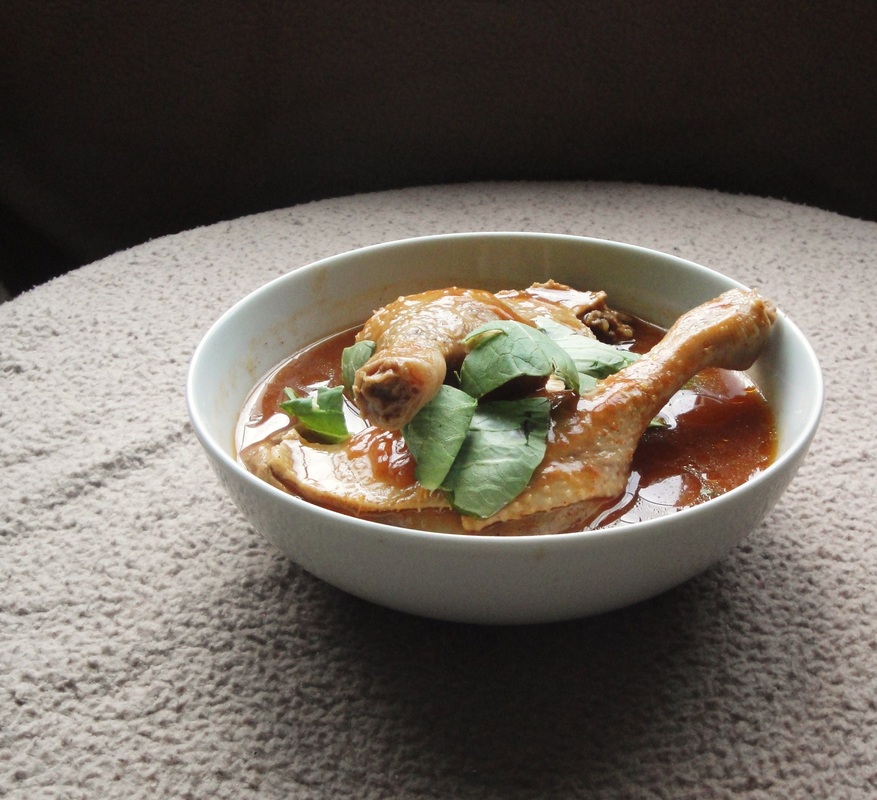 Yesterday was one of those days, I was torn. Then I thought about the Korean Chilli Paste I had in the fridge. Then decided I wanted to have soup. With my fetish for duck still lingering, I decided I'd make my own version. 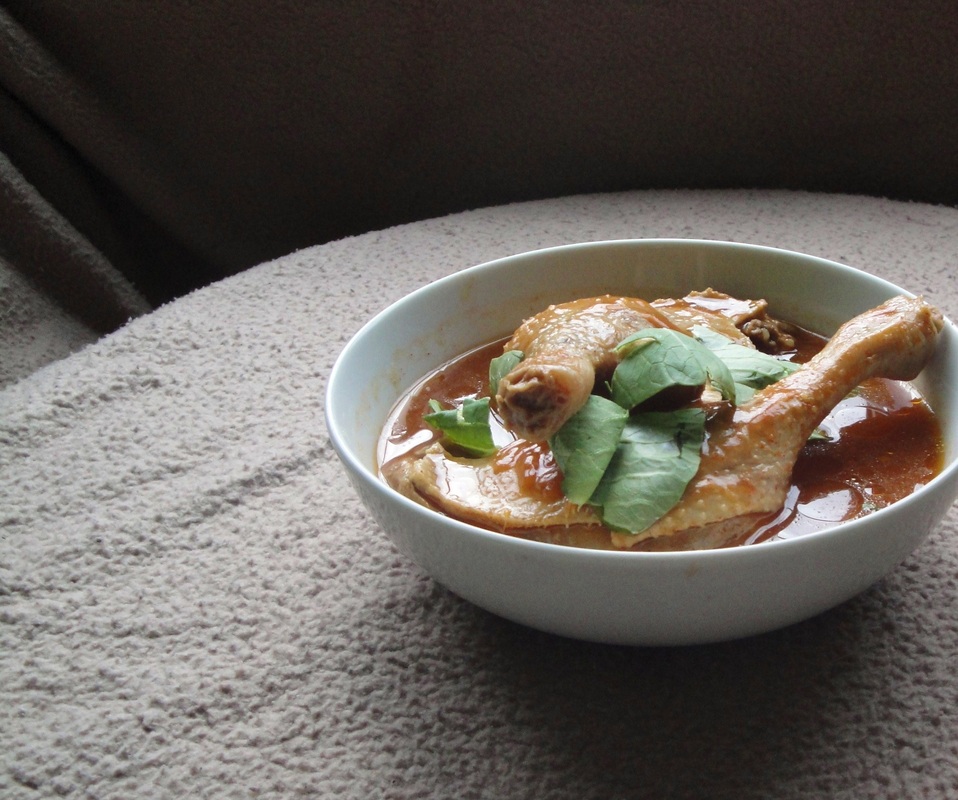 And I must say there are several versions OF ORITANG, some people make it as a clear soup, others add chilli paste or peppers, as I have done. It was extremely tasty, tangy, spicy, and delicious. 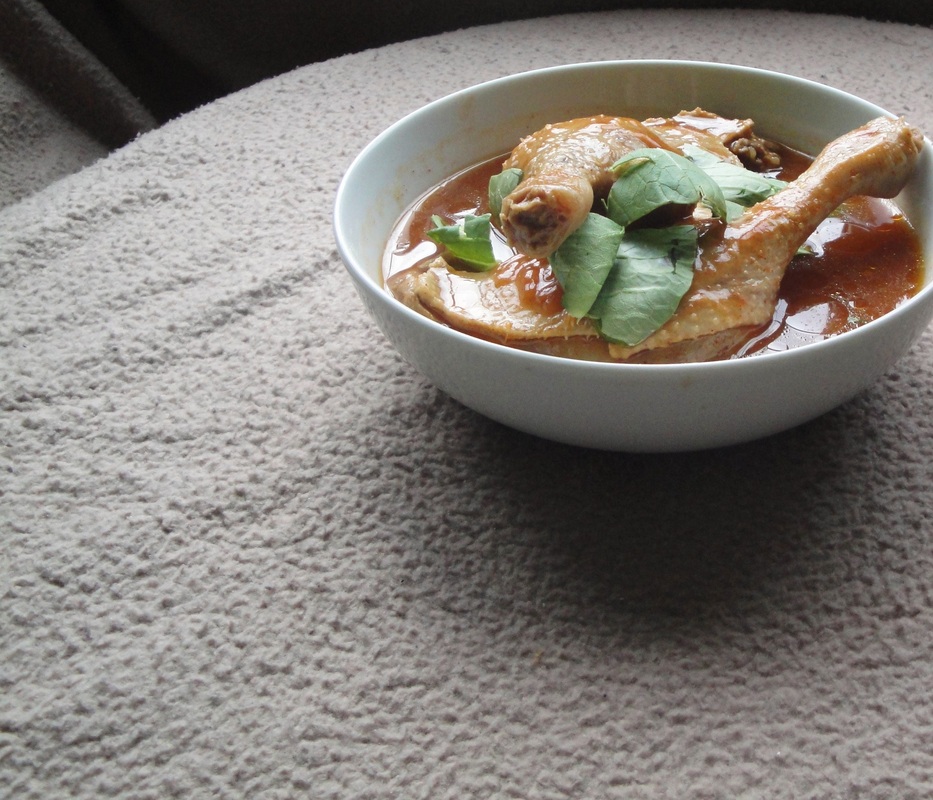 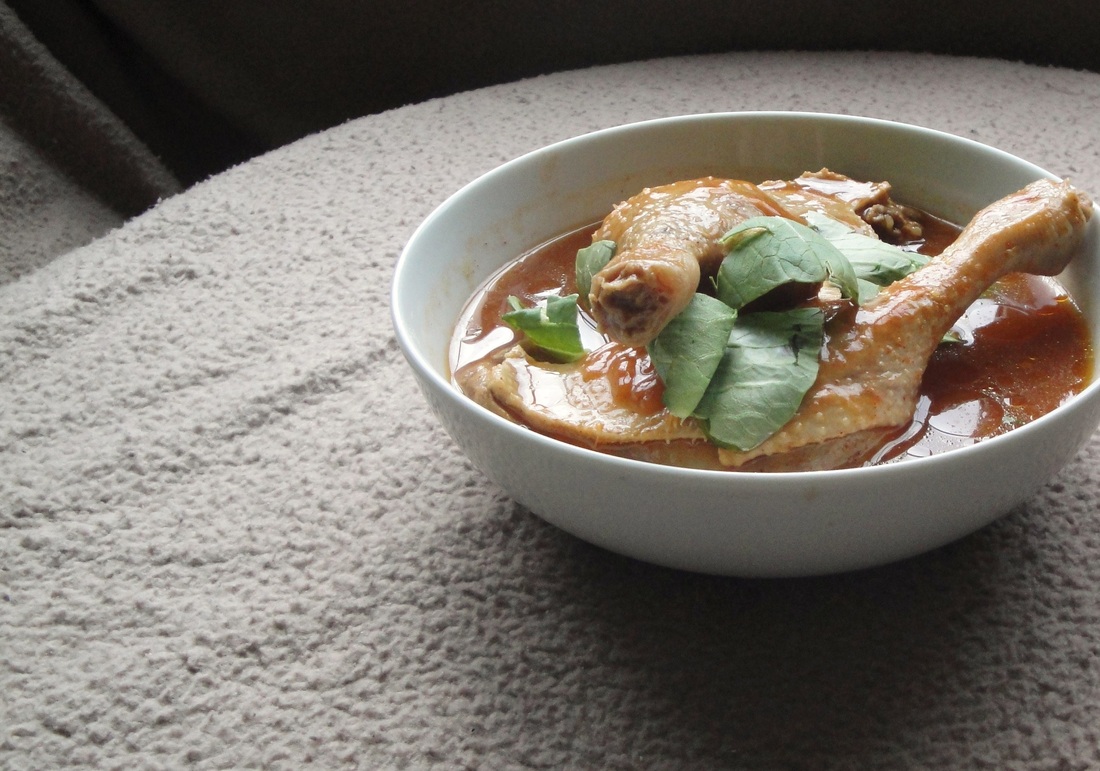 4 DUCK LEGS OR WHOLE DUCKS -SHRED THEM AT THE END IF YOU WANT. I USED 4 DUCK LEGS FOR THIS RECIPE. 4 TBS OF GOCHUJANG, 6 TBS OF LIGHT SOY SAUCE, A BUNCH OF CHOPPED SPRING ONIONS, CHOP UP A HANDFUL OF BOK CHOY, 2 OR 3 PREFERABLY TELMA CHICKEN STOCK CUBES, 10 CUPS OF WATER (APPROXIMATE) 1 WHOLE ONION PEELED, 1 WHOLE GARLIC SLICED DOWN THE MIDDLE, SALT AND PEPPER TO TASTE 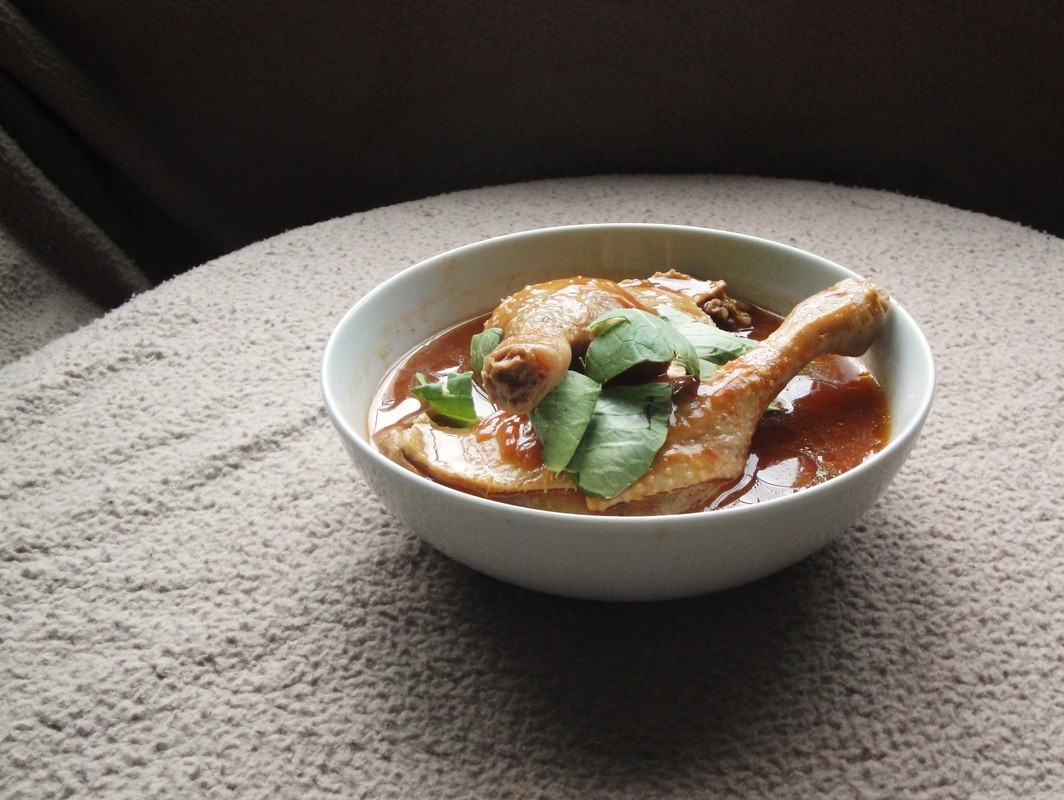 1. Turn the stove on high heat and bring the water to a boil. Add the duck,  the onion, garlic, 1 tbs of light soy sauce, and 1 tsp of salt, plus the stock cubes. And Chilli Paste-stir in vigorously. Boil for 10 mins.
2. Turn down to a low simmer and add 1 tsp of pepper, then add the spring onions and the bok choy. Simmer on low heat for about forty minutes.
3. Remove the duck/s from the water and add 5 tbs of soy sauce over them and a sprinkling of salt. Put in an oven on high heat and bake for ten minutes. Then return them back to the pot, pour in any juices that will come out of the duck into the pot as well and stir.
4. Cook for another twenty minutes and during this time make sure to check for salt and pepper. Serve as desired. 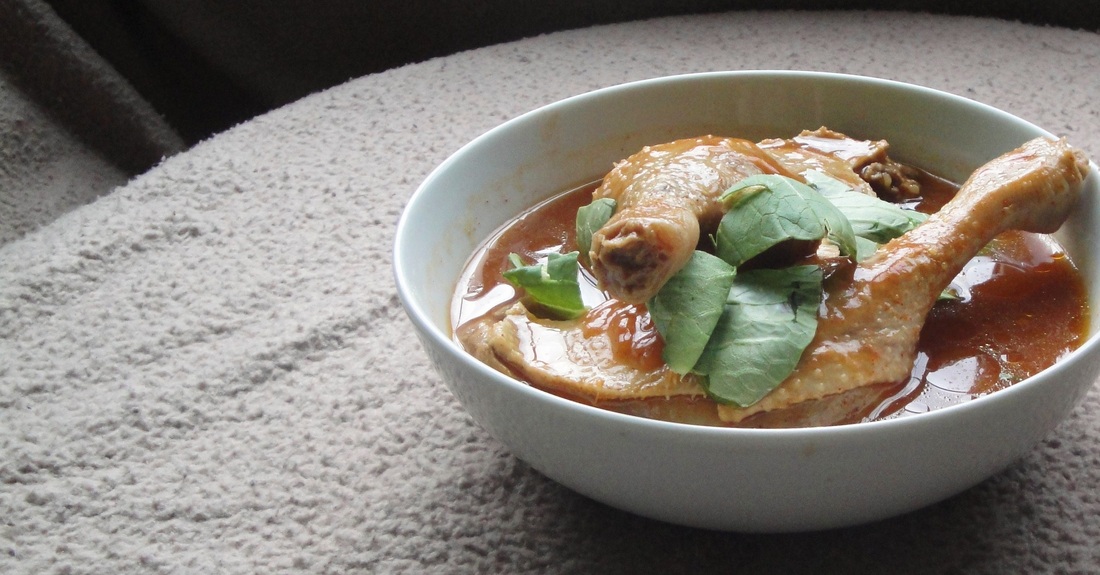 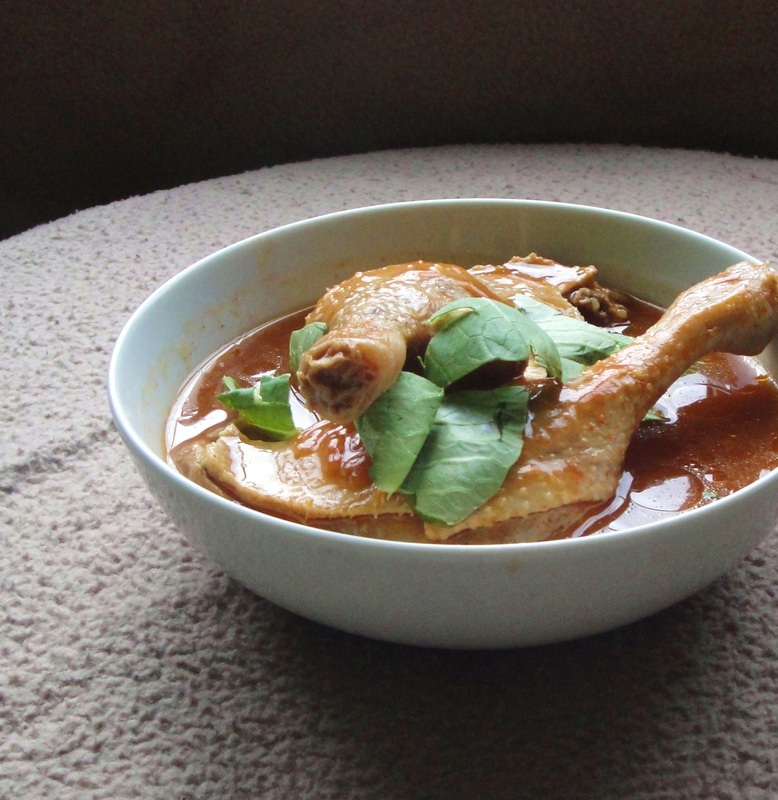 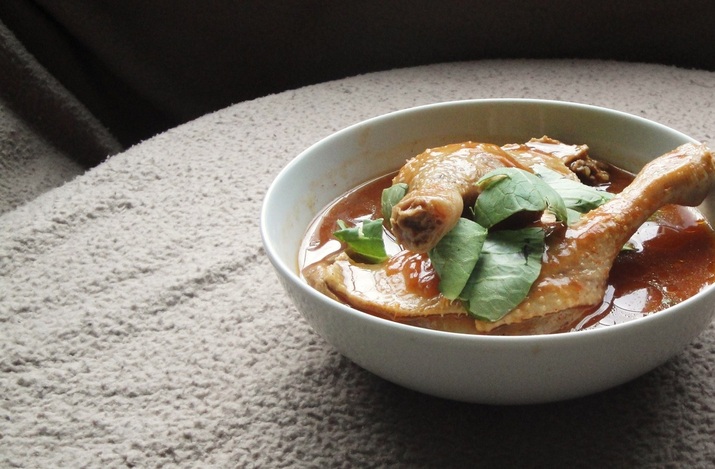