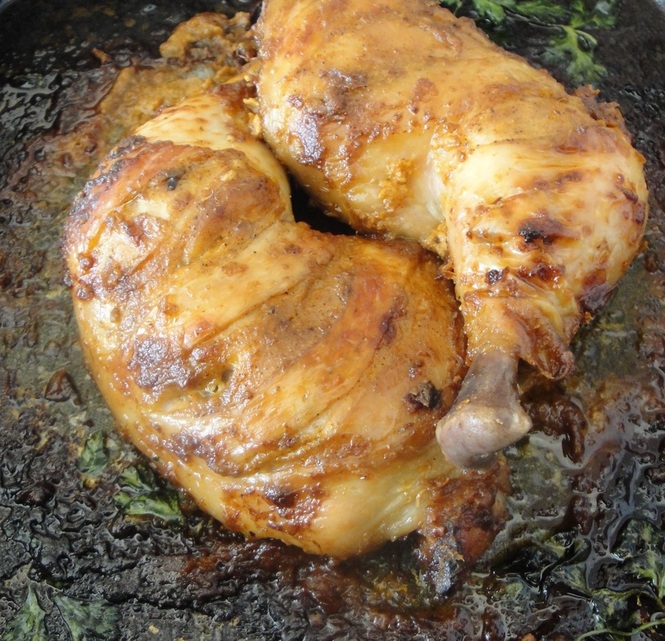 Because of the widespread popularity of Indian cuisine in the UK, I've long known about Tandoori Chicken. But I'll admit, I've never been all that interested in making or eating it. That was until I was watching an episode of Parts Unknown, and I was introduced to a Bangladeshi restaurant called Sewata. My mouth was watering as I watched Bourdain consume a curry goat stew, as the camera went through a plethora of food porn scenes, culminating in an image of someone putting Tandoori Marinated Chicken, in what appeared to be a Clay Pot Oven. Oh by the way. I am delighted with how my photos turned out. I have been taking photos of food for five years, not quite knowing what I would do with the images at first. For me personally as a food photographer, it is most important that I'm happy with the pictures. If someone else likes the pictures, then that’s also great.

YOU WANT TO BE ABLE TO SHARE AND TRANSLATE THE IMAGES.

But if I'm not happy with the image, then I think it defeats a huge part of the purpose. You see I have a passion for food that knows no boundaries, and I eat what I photograph. The purpose is to share with others the food that I love, and have taken time to prepare. I know there's a flip side; people who lose confidence in their ability to showcase their food photography, because an image wasn't accepted by a FOOD PORN SITE. I sometimes love my rejected photos, as much or more than I love my accepted ones. I have rarely lost confidence in a rejected photo.

I'll tell a secret, I've had photos rejected by one site, only to be accepted by another food porn site, and then once I resubmitted a few months later, I've gotten accepted by the same site that at first rejected it! That does not mean that I don't ever feel disappointment over a rejected photo.
But I know that what is pleasing to the eye, can vary from one person to another. It can so much depend on who's viewing the submissions on a particular day. These images are very pleasing to my eyes, and the chicken tasted just as delicious as I think the pictures look. 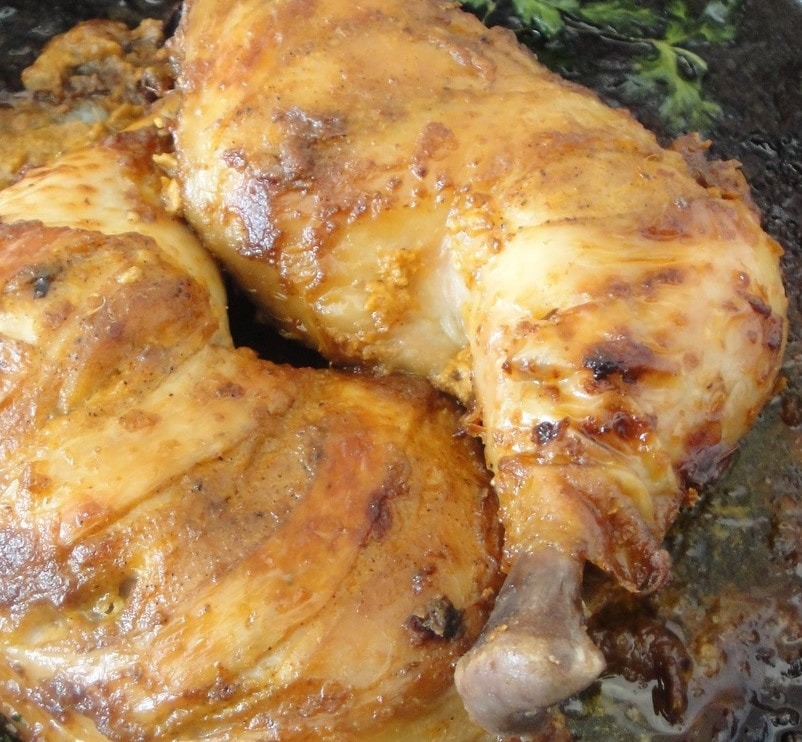 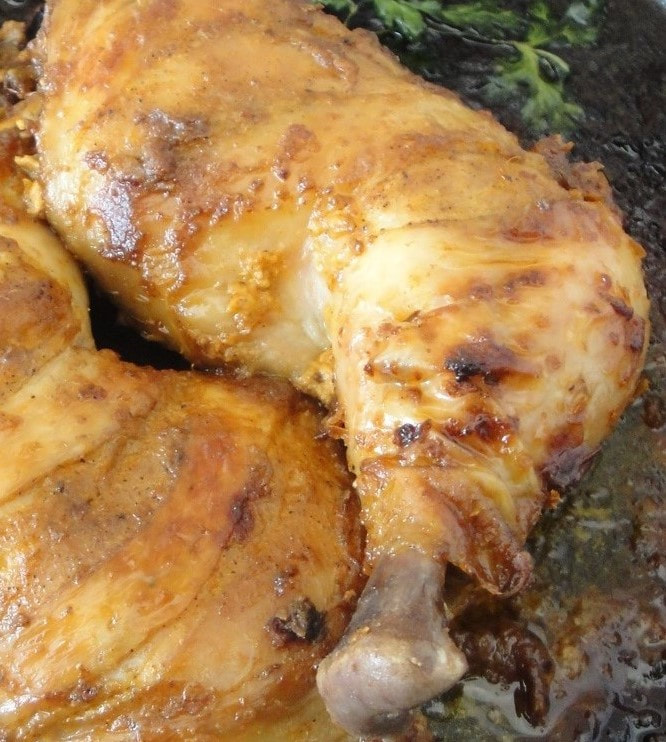 Tandoori Chicken is cooked from a marinade of Yogurt and various Chile powders and Aromatic Spices. 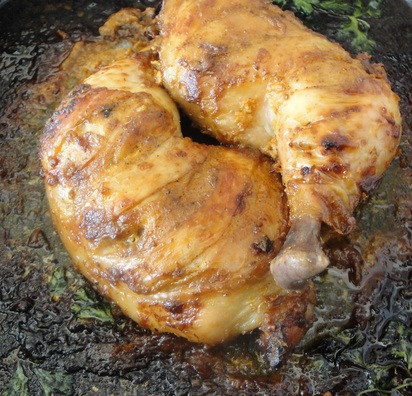 Of course as always, I had to put my own special spin on this very popular Indian recipe. One of the ways I deferred from the norm was to add cream, as well as the traditional yoghurt to the marinade. And I do not own a CLAY OVEN, so I used a pan to lightly char and seal in the juices before finishing it off in the oven. Many use a grill and I'm all for that, as I love grilled food.
Here's the Recipe.

2 tbs of Soy Sauce (This is my Kitchen Vice)

1 dsp (dessert spoon of salt or to taste) 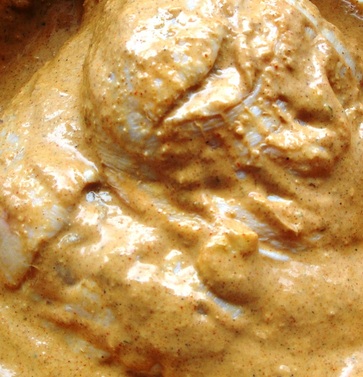 Mix all the ingredients together in a blender. Pour over the chicken and rub vigorously. Allow to marinate for a minimum of six hours, but preferably overnight.

Set your oven on the appropriate temperature, but Tandoori chicken should bake on high, approximately 200 degrees C for

fan assisted ovens but this is just a guideline as ovens vary.

Allow the oven to preheat.
Turn a pan or iron skillet on high heat. Allow the pan to get searing hot which should take about seven minutes. Sear the chicken for about three minutes on both sides. Add the chicken to a lightly oiled baking tray or roasting tin, and allow to bake evenly on both sides; turning halfway. The chicken should bake for 40-60 minutes on high, or until cooked and the juices run clear. Cooking times can vary this is just a guideline, Check after 30 minutes, you don't want to overcook or undercook. Serve as desired with Naan Bread and/or Rice. 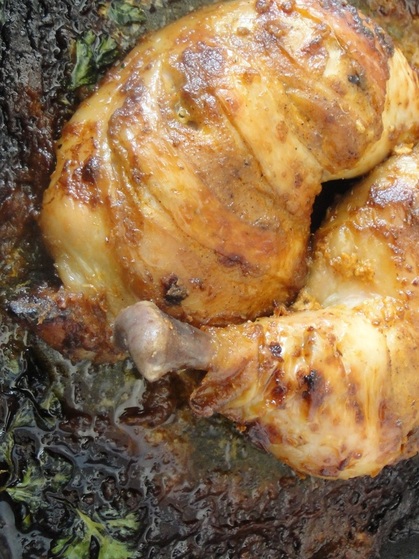