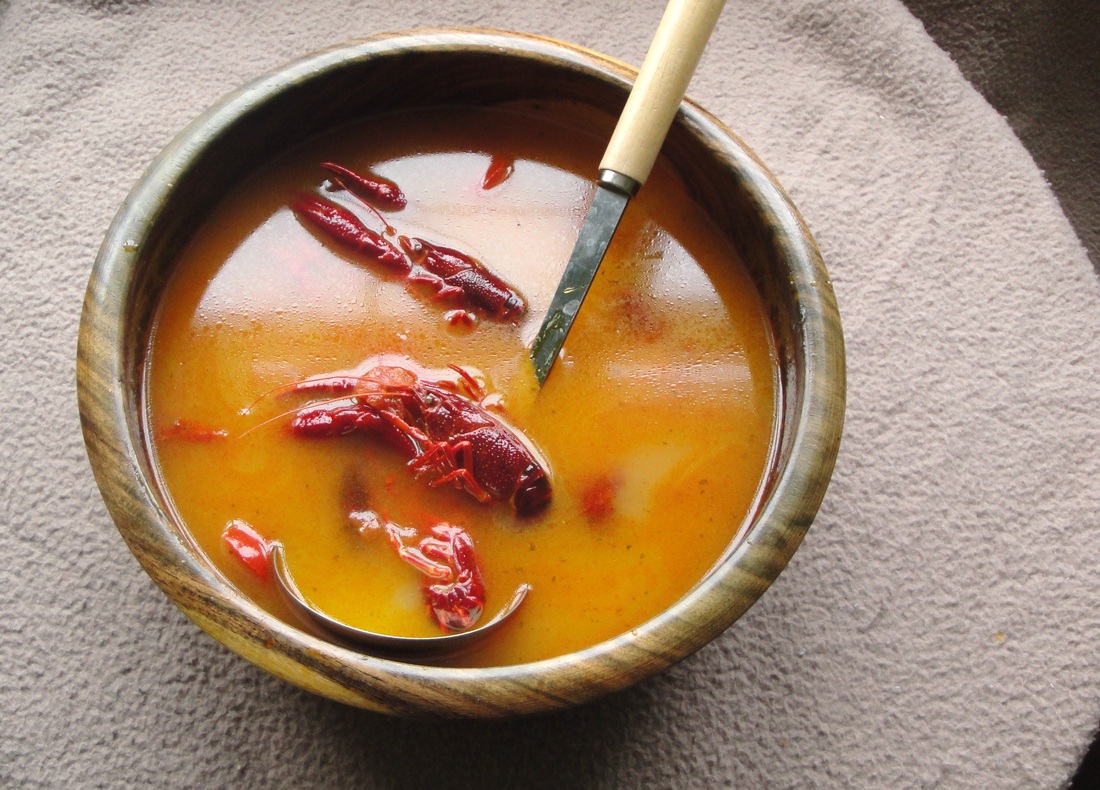 By Simbooker on the 5th January 2015
Files & Tags: recipes, index, fish & seafood, tomatoes, chili pepper, soups and stews
Minorcan Lobster Stew is my other favourite seafood soup/stew alongside Cioppino. The truth is I only discovered the dish last year, but I instantly fell in love. You see I adore shellfish and most of all, I love Lobster. 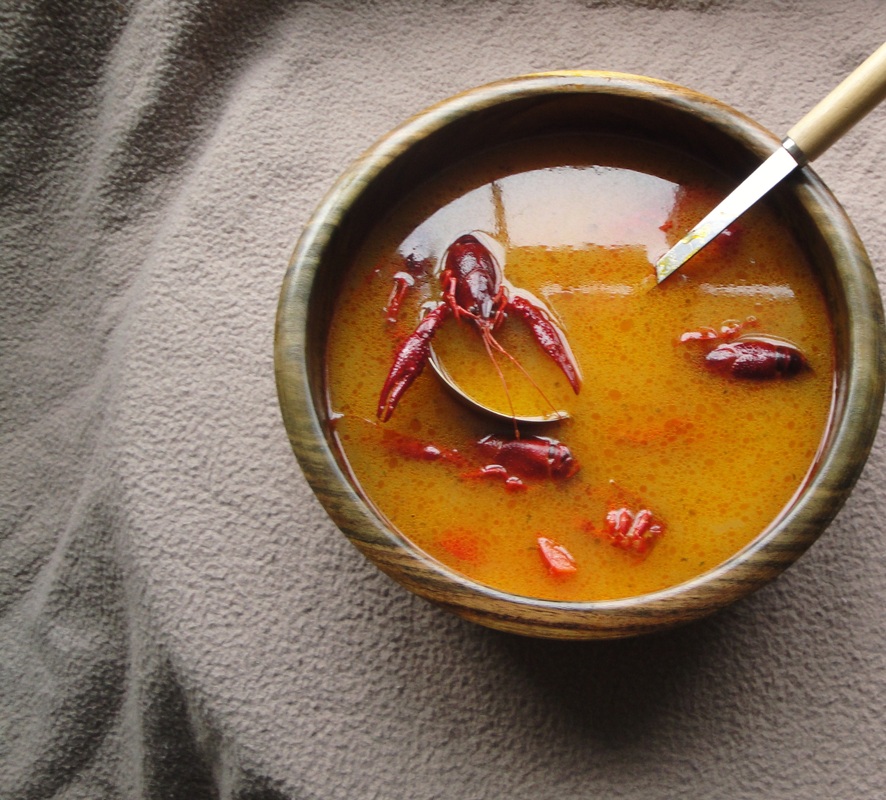 The truth is Lobster is far too expensive for me to buy everyday. So when I saw some Lobster tails at the supermarket, and a giant Lobster at another, then some Crayfish which are small lobsters- in a Chinese Market-all for reasonable prices as everyone was buying Turkey over the holidays. I thought I'd mix them all together and make Lobster Stew. 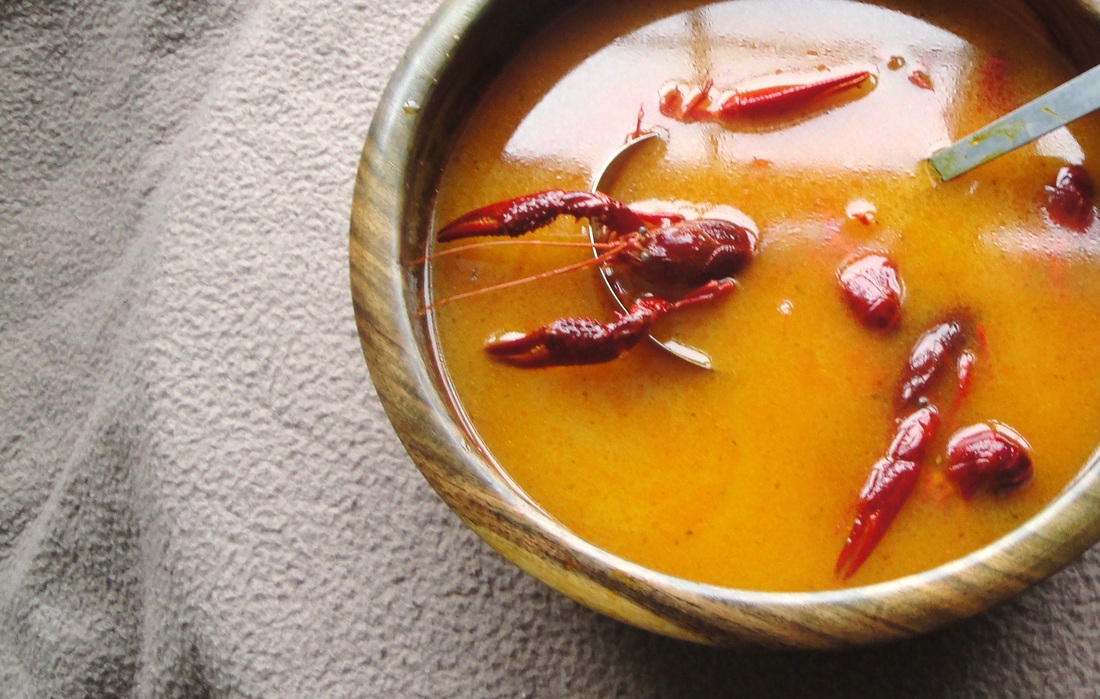 This dish is a star dish on the Spanish island of Minorca also called Menorca. It is not cheap, and is allegedly the favourite dish of the King of Spain. It is extremely easy to make, and Lobster takes little time. 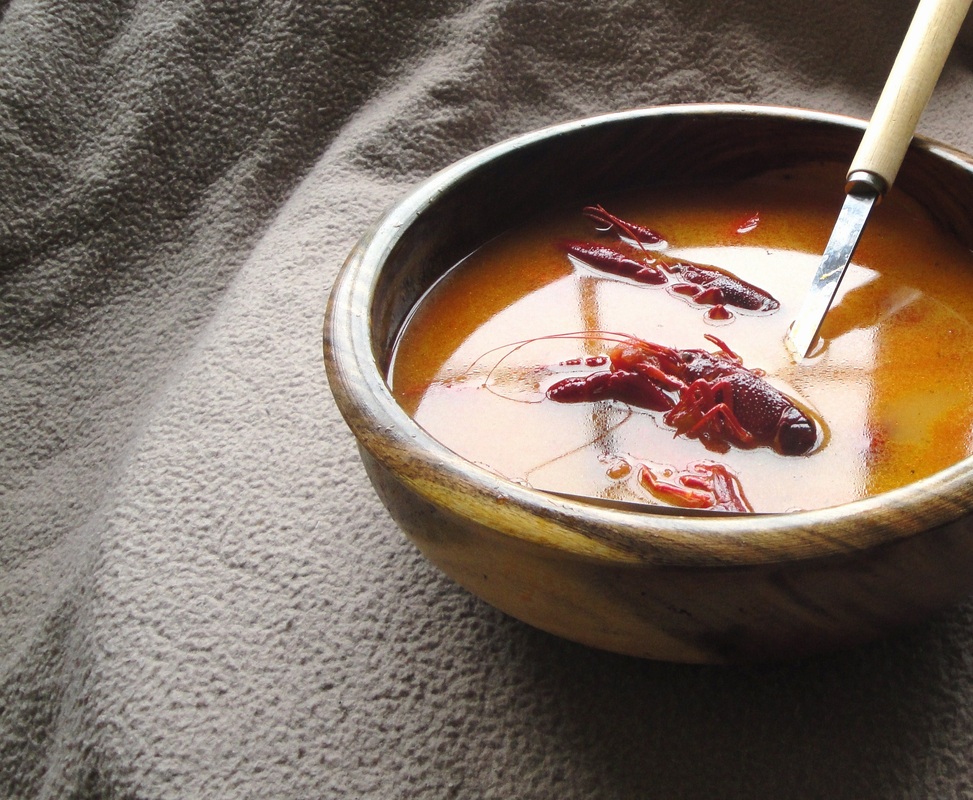 One thing that you have to remember that Lobsters differ depending on what region of the world you're in. Maine Lobsters and Canadian Lobsters ARE very different from Caribbean Lobsters. Traditionally spiny lobster is used, but any Lobster you can get is good enough. 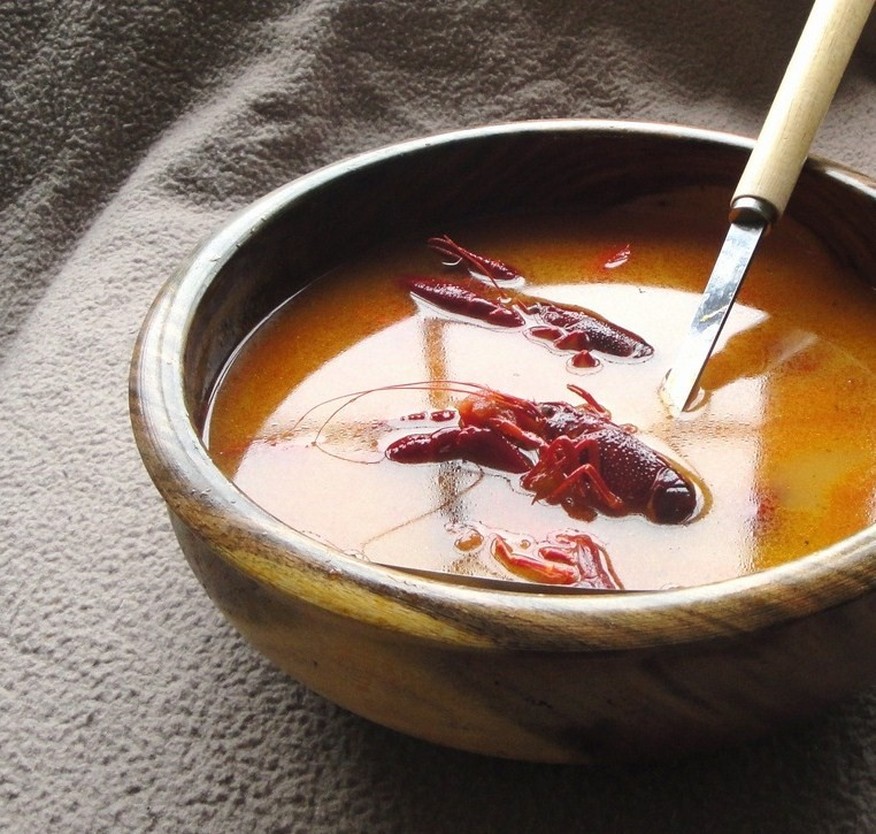 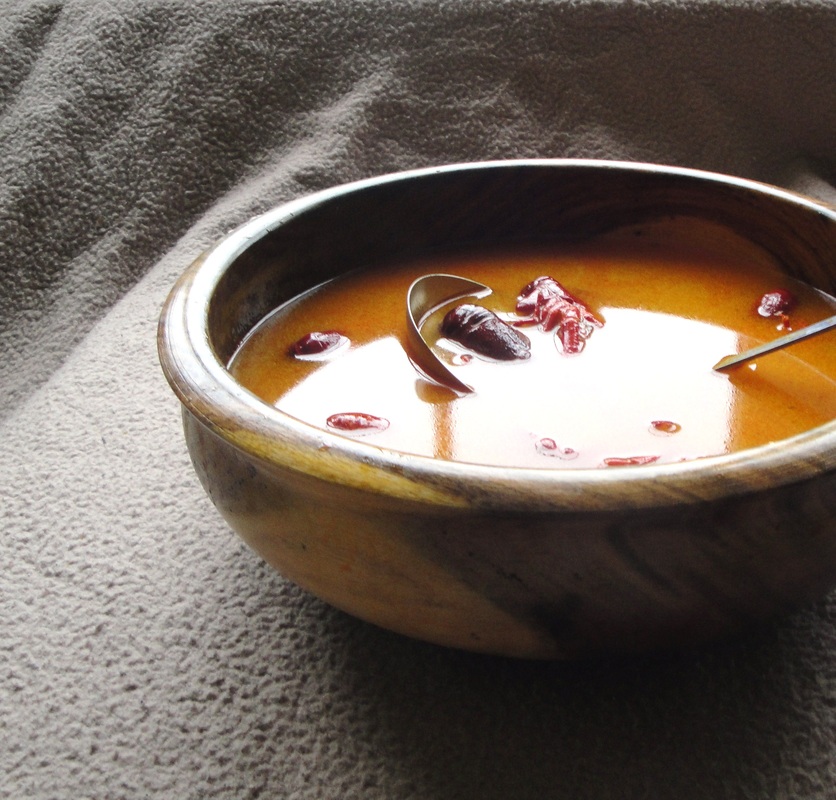 I consider this dish to be more of a soup than a stew. I eat it as I would any soup, and some slices of bread to accompany it is mandatory for me. Anything such as Crostini, Ciabatta, Bruschetta, Sourdough Bread, or any good French or Spanish breads. European bread is good. 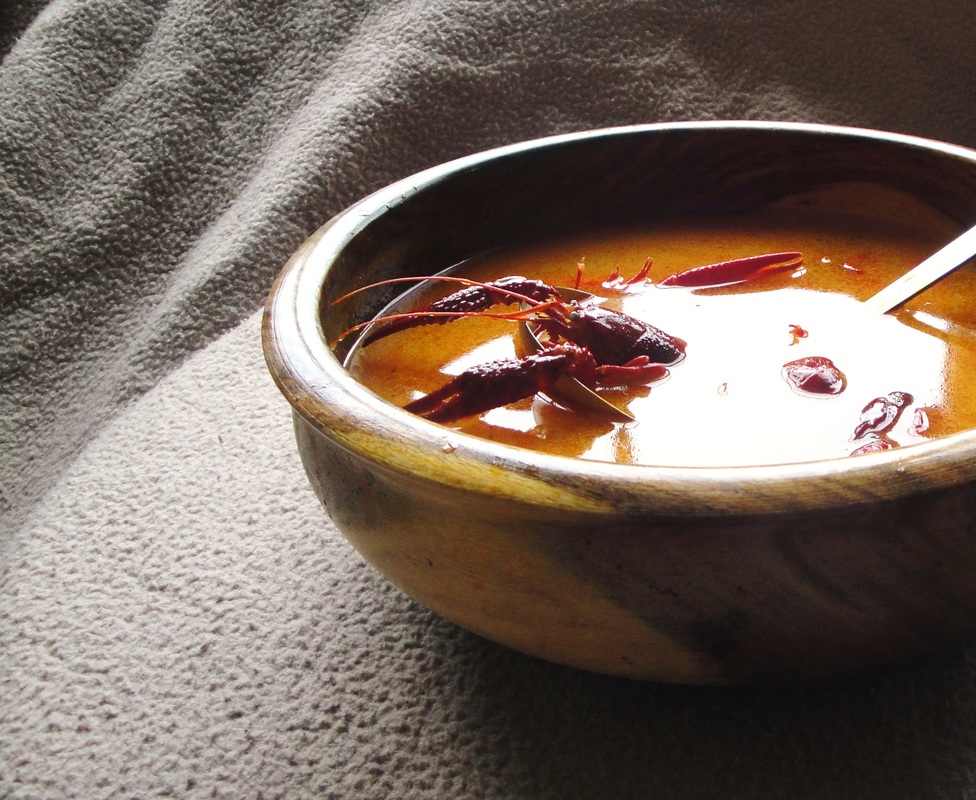 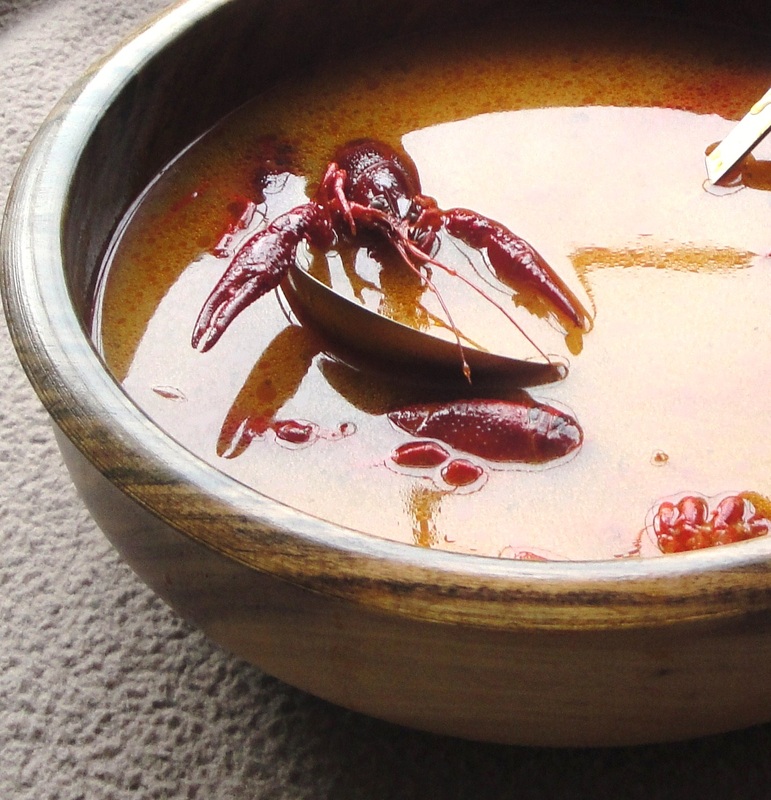 THE DIRECTIONS
1. Add the water to a large pot and turn stove on high and bring the water to a boil. Now we are going to make a de-constructed Sofrito, the cheaters way. Add the can of tomatoes, the onion, garlic, stock cube/s, cut the bell pepper into chunks and add it in, AND THE BAY LEAVES AND PARSLEY, and add a teaspoon each of salt and pepper. From there add salt and pepper to your taste as it cooks.

2. Turn down and add Soy Sauce and stir. Let this cook down for about an hour and a half, during which time you will stir in the cream if you decide to add it. Then add the seafood-cut up or de-construct the seafood the way you like it. If you want to take the meat out of the shells then by all means do that. I prefer to keep the meat in the shell mostly, but I removed some of the meat from the lobster tails. This sequence is based on your personal preference. In this case I put the sea food in a large bowl and sprinkled 1 tsp of of salt over them and 2 tbs of Soy Sauce and I rubbed it in. Then I added the large lobster for a minute before the tails, then the tails for another minute, then the crayfish. STIR THE GOODNESS TOGETHER. 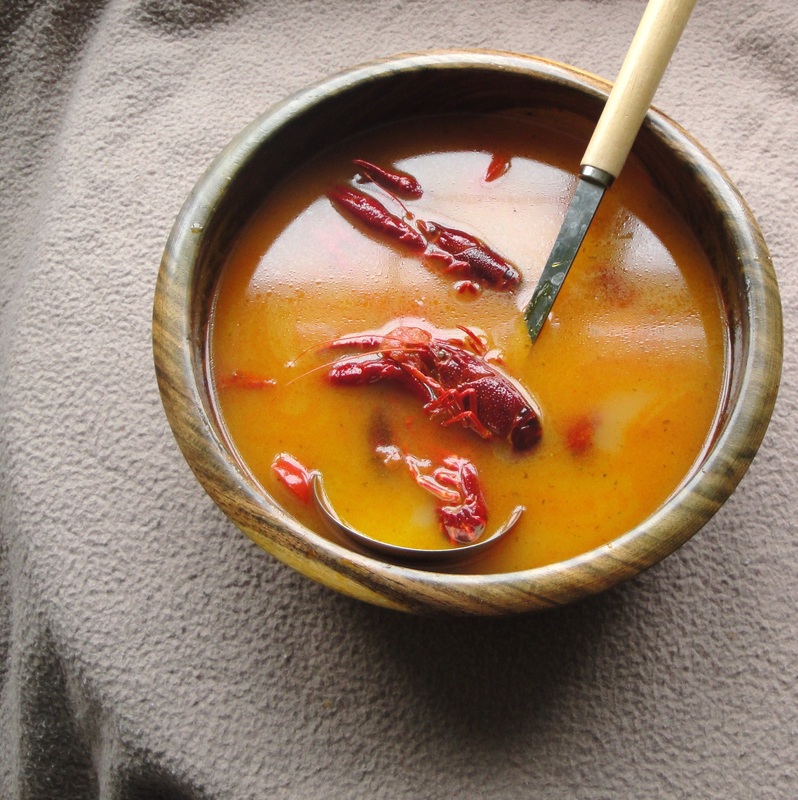 3. Altogether, I cooked the seafood in the stock pot for no more then five to six minutes. Otherwise it gets overcooked. Check for salt and pepper during this process. Then remove from the stove and let the soup sit untouched with a cover on for forty minutes before serving, so the stock can extract all the flavours from the seafood. Reheat and serve as desired. 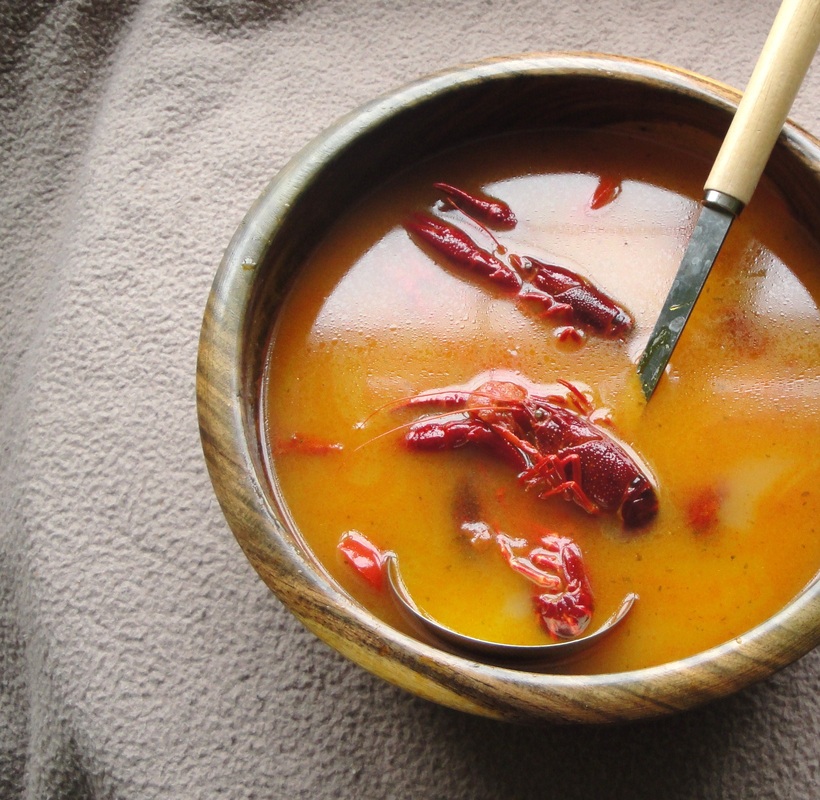